Developers Games Workshop and Virtual Realms have opened pre-registration for an upcoming mobile Warhammer MMORPG called Odyssey. Warhammer Odyssey has no official launch date but it will be free-to-play on iOS and Android devices and will likely contain a number of microtransactions. In Odyssey, gamers will customize their own unique adventurer the way the tabletop fans paint their unique figures. There are six total classes to choose from and adventurers will be able to enlist in a Mercenary Company to challenge enemies and partake in Marienburg’s economics. 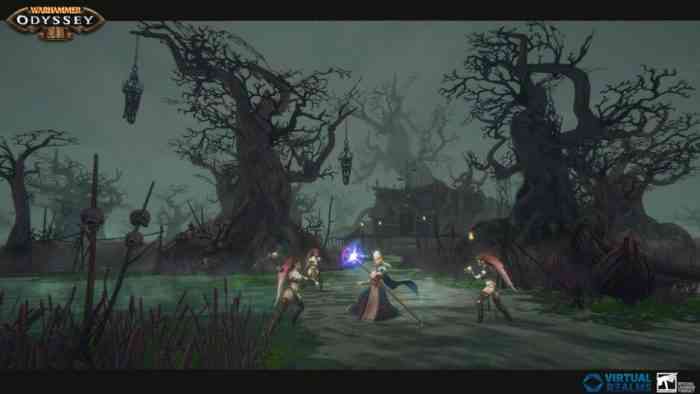 Morrslieb the Chaos Moon watches Old World, a looming presence that forces Doomsayers take to the streets while the monsters of Drakwald Forest are emboldened by the omniscient presence of the Chaos Moon. Gamers will choose from six available classes when Warhammer Odyssey launches which are the High Elf Archmage, High Elf Shadow Warrior, Human Witch Hunter, Human Warrior Priest, Dwarf Slayer and the Dwarf Engineer. The classes will alter gameplay as the offensive spells and restorative healing of the Archmage differ drastically from the crippling debuffs and rapid fire of the Witch Hunter. As fans of Warhammer Online during its lifetime, we like the Dwarf options available in Odyssey. Gamers will be able to group up to defeat powerful foes and the most successful groups will have various classes complimenting each other.

Old World is the main setting of Odyssey and the city of Marienburg acts as the primary city for adventurers to trade, chat and accept quests in. The game will expand through frequent free episodic content updates that will add more enemies, bosses, locales and characters familiar to Warhammer fans and will likely impress those adventurers new to the series. 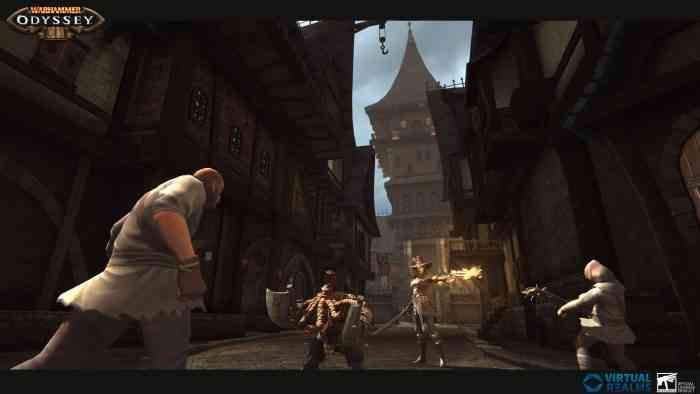