Coming Back for Seconds – Overcooked 2 Carnival of Chaos DLC

Just over a year has passed since Overcooked 2’s release. Now, it is about to close out its season pass (which should have been called Seasoning Pass) with its third piece of major DLC. The Overcooked 2 Carnival of Chaos DLC was announced two days ago with an accompanying trailer. Though it does not show off anything in the way of gameplay, a new mechanic is revealed. In line with the circus theme, it appears that cooks will have to blast themselves across the kitchen as human cannonballs. Unique to these carnival levels, cannons will be a form of fast transportation for players. 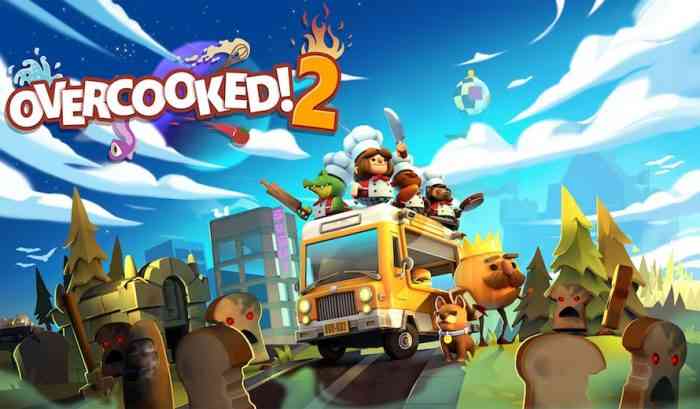 We do not get a real good look at any new recipes or dishes that we will have to cook in this DLC, but we can assume it is a lot of tasty treats that will upset our stomachs later. The trailer does show off other circus performers, you know, in case the title didn’t give away the carnival theme. We see strongmen (with totally real weights), jugglers, and fire-breathers. The trailer is only 22 seconds long, so not much is shown at all, but we do get a release date. Carnival of Chaos will be available on September 12th.

The season pass includes the previous DLCs Campfire Cookoff and Night of the Hangry Horde, and now Carnival of Chaos. Other DLC has been released that is not included in the season pass however. The ones that are not included are the Too Many Cooks Pack, Surf ‘n’ Turf, and the free DLC Kevin’s Christmas Cracker and Chinese New Year. Once again, the final piece of Overcooked 2 DLC in the season pass will be out on all platforms on September 12th.

What has your favourite Overcooked 2 DLC been? Let us know in the comments below.