Controversy Has Always Been a Part of Call of Duty

Call of Duty: Modern Warfare, has been the center of a lot of controversy throughout its development. It first started when rumors surfaced that some of the people who were tasked with testing the game ended up in tears due to the very vivid and graphic depictions of war. These concerns by some were only made worse when droves of gaming journalists voiced displeasure after witnessing a single-player demo that was shown off behind closed doors at E3. However, despite all this “bad press”, this is not the first time Call of Duty has faced the ire of the public. The infamous No Russian mission from Call of Duty: Modern Warfare 2 put the franchise in hot water back in 2009. 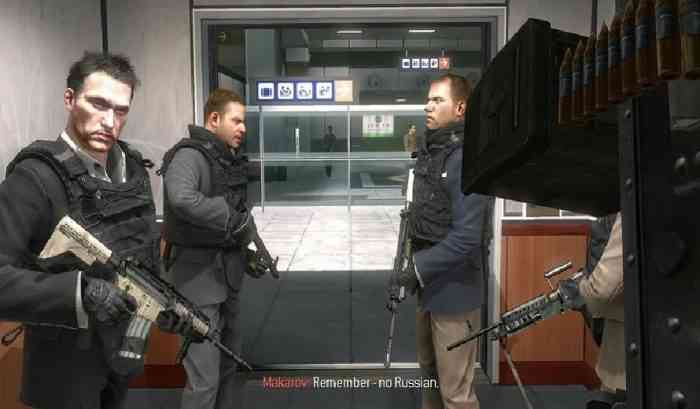 The Story Behind the Mission

This mission was optional and could be skipped. However, you if do play through it, you are forced to mow down helpless, unarmed civilians at a Russian airport. You do this to gain the trust of a Russian terrorist group who you have infiltrated as a CIA agent. This mission caused a massive amount of outrage from within and without the gaming community. And it almost never happened.

The people who were working at Infinity Ward at the time obviously knew what sort of backlash they would face if they added this into the game. Many employees insisted that the player should instead, witness the attack through the eyes of a security guard rather than from a terrorist.

More carnage and gore was actually added to the mission to really hammer home the horror of what the player was participating in. Art Director Joel Emslie was hesitant about jacking up the blood and violence until his wife of all people convinced him otherwise. The mission was originally much shorter as well but was dragged out to add even more to the level.

Who knows what Modern Warfare 2 would have looked like if No Russian was different. Or didn’t exist at all.

Either way, this goes to show that the Call of Duty franchise is no stranger to upsetting people. And it should be remembered that Modern Warfare 2 was one of the biggest games at the time. In spite of having the No Russian mission in the game. It really goes to show there is no such thing as bad press.

Don’t forget to download the Call of Duty Modern Warfare beta that launches on September 14th.

Call of Duty: Modern Warfare comes out on October 25th for PC, PS4, and Xbox One.

The Terminator Heads To Call of Duty In Its Upcoming Mid-Season Update
Next
Mobile MMORPG Warhammer Odyssey in Pre-Registration
Previous
Sonya Blade, Kano, Shang Tsung, and Scorpion Cast in the Mortal Kombat Movie