It’s All About the Nuggets

Early this year, Rooster Teeth Games announced their first original IP Vicious Circle. Rooster Teeth is perhaps best known for the world’s longest running webseries Red vs Blue and the anime RWBY. Earlier this month, they released the first trailer for Vicious Circle to coincide with their annual convention RTX. The trailer gives the basic rundown of the game and what it is all about. It takes inspiration from many first person shooter sub-genres to create something unique. Elements of asynchronous games like Dead by Daylight or Evolve are present, as well as objective based games like Overwatch. 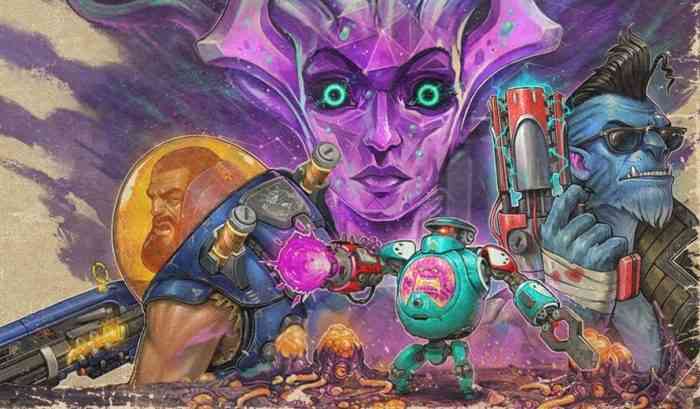 The trailer is narrated by an unnamed character, voiced by Rooster Teeth founder and creative director Burnie Burns. He tells the players that their objective is to kill monsters and collect “nuggets”. They will be hunted by a large powerful creature resembling a chicken. Though they players can team up to kill the chicken, once they collect enough nuggets, they will have to turn on each other in order to escape, as only one can leave. If a player dies, they become one of the chicken monster’s offspring, but they can get back into the fight by sneaking up on a living player and hijacking their body.

Along with the voice talents of Burnie Burns, other Rooster Teeth employees lend their voices such as community manager and podcast host Barbara Dunkelman, and Achievement Hunter founder Geoff Ramsey. Rooster Teeth plans for all subsequent DLC to be free for fans. Tomorrow morning (July 26th), Rooster Teeth is broadcasting a developer live stream on Rooster Teeth TV. Tune in if you want to know more about their game. Vicious Circle arrives on Steam on August 13th for $19.99.

Will you be checking out Vicious Circle? Let us know in the comments below.

3 Up, 3 Down – The Best (And Worst) Games From August 2019
Next
The New GTA V Casino Update is Not Playable in More Than 50 Countries
Previous
Popular Streamer Ninja Had His Instagram Account Hacked