Earth Defence Force 5 will be coming to the PC this week. It will be available on Steam for those who are interested. This arcade shooter was originally released on the PS4 only a year and a half ago and now is finally decided to crawl over to the PC market. The game is a great time, especially when you’re playing with friends. 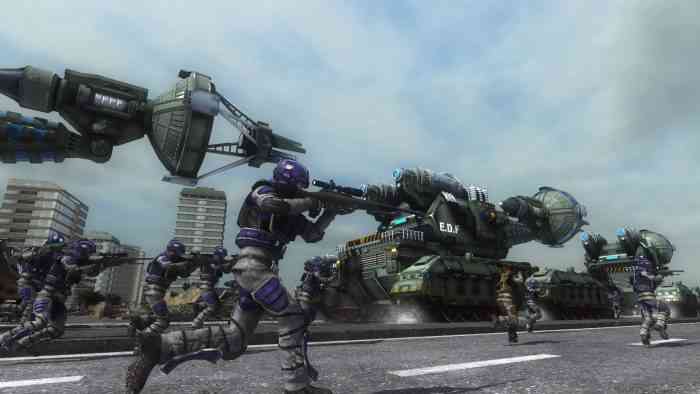 Earth Defence Force 5 borrows heavily from the Starship Trooper movies. In the sense that you are a very vulnerable human who is pitted against giant aliens, hell-bent on killing you and your friends. It is rather bleak. The massive ant things will be constantly rushing you and up to three of your friends in a desperate fight to the death. The title of the game gives it away, but in Earth Defence Force 5, it is your job to defend the earth. Big surprise there.

The game offers players four separate classes to chose from. Each with their own special ability. And as stated earlier you’ll be able to bring three of your buddies along with you. However, if you have no friends you can always look to find a game online. EDF5 also offers split-screen so you can force your little brother to play if everyone else is busy. In all seriousness, the split-screen option is a breath of fresh air. That is a feature that seems to be slowly disappearing from games recently. It is good to see some companies trying to bring it back.

The game doesn’t have much of a story, there are angry ants trying to kill you and you have to stop them. That’s it. It is a ton of fun though. The graphics are not perfect and neither are the controls but if you want to shut off and mindlessly kill alien ants. Then this is the game for you.

Total War Saga: Troy Will Not Be as Historically Faithful as Previous Games
Next
Amp Up Your PC Gaming Experience With These 10 Awesome Game Deals
Previous
Super Mario Maker 2 Is Absolutely Crushing It In the UK