American Dad: Apocalypse blends Fallout Shelter level simulation and RPG customization with the familiar comedy the television series is known for. Preregistration is underway for this mobile game but it has a current launch date of October 8th 2019. Players are tasked with turning the Smith family household into a secret shelter to maintain and strengthen an army of aliens by cloning roger. 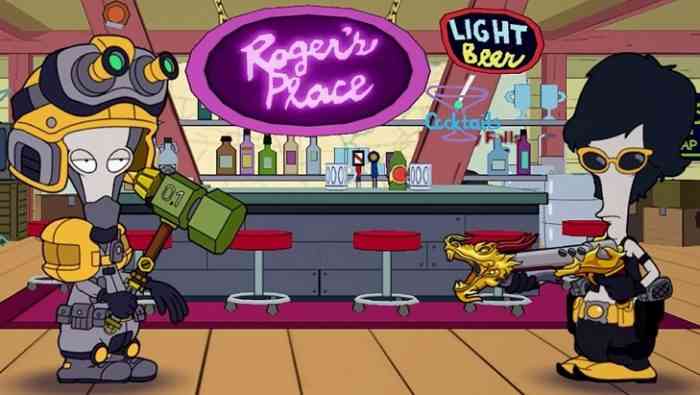 After raising an army of Rogers players will be forced to fight off invaders and protect the colony from other hazards. Fires can occur in your colony and the game includes resource management. After your alien army is equipped for battle, you can take them on adventures for more equipment, resources, etc. There’s no information regarding micro-transactions or how it will be monetized.  We suspect there will be ways to speed up timers or buy better equipment. This mobile game will also feature PvP combat and likely allowing you to challenge your friends or face random opponents online to alien death matches.

No two Roger colonies will look the same as you expand the base of operations and upgrade the rooms to maximize their potential. Though American Dad: Apocalypse looks familiar to anyone who’s played Fallout Shelter, fans of the television show will appreciate both the animation and comedy exclusive to the game. American Dad fans who are part of the pre-registration community challenge get access to bonus content when American Dad: Apocalypse releases.

Keep an eye out for American Dad: Apocalypse listings on the App Store and Play Store if you’re a fan of the comedic animation from Fox. Now we want to know who your favorite American Dad character is! Also, what do you think of your favorite shows becoming phone games? Let us know down in the comments below.