The Division 2 launched this past weekend and players seem to be enjoying it so far – but one aspect of the game has people crying out for justice in a world gone mad. 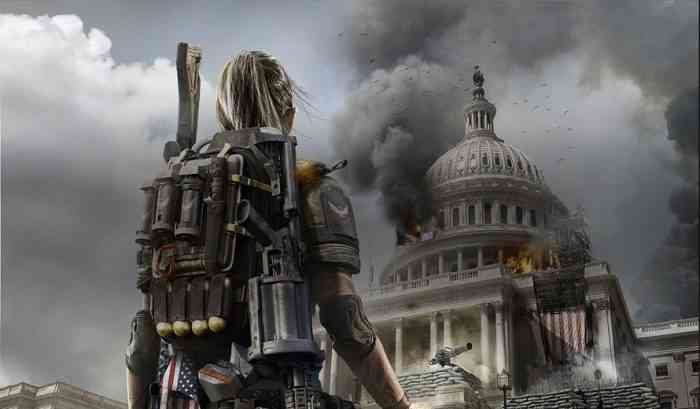 Agents on reddit and twitter have been making numerous posts about the lack of pets to give in Ubisofts new totally-not-political-but-entirely-political-just-by-saying-that looter-shooter, considering how many of them there are roaming the virtual streets of Washington D.C. One redditor in particular, eoddc5, gave their perspective as someone who spent time in Iraq back in 2006 about why the implementation would be more realistic:

“I’ll throw this in for everyone who says it’s not realistic to interact with (and not kill) a dog during combat. I was deployed to Iraq in 2006 for a year, a stray pack of dogs would hang around the base I was at for a few months, and one would come into base and hang out all the time. We took care of him, he slept in the large indoor assembly area (when he wanted to). And when he was attacked and mauled by another dog out there, we had called in one of our SF medic friends from 15 mins away to perform surgery and suture him up. Dogs are awesome, and frequently in combat zones (and anywhere else in the world) there are many that are displaced and enjoy the companionship of humans (and what comes with it, food, shelter, safety, love). Similarly, a high stress environment like combat means that lots of servicemen and women bond with dogs or cats because it helps ease their mind or take their mind off the reality of war, and break up the monotony of combat day after day.”

Some players have even requested further dog-friendly features including the ability to drop puppers a snack from your food supplies, allowing them to follow the player around for a bit to help sniff out loot, and even recruiting them as a companion to help in combat, which has naturally led to a lot of John Wick jokes. Speaking of which, a lot of players are also lamenting the ability to shoot the dogs in-game, much preferring the opportunity to give the wayward pups a loving home and fulfilling life – which makes a lot of sense considering most sane people are pretty against shooting dogs.

The Division 2 is currently available for PC, PS4 and Xbox One. Our review will be up soon – in the meantime you can check out the first 51 minutes of the game, and what its director had to say about Death Stranding. Let us know how badly you want to pet the dogs in the comments!