Sonic Mania developer Headcannon Studios tried to make a Darkwing Duck revival happen with Capcom, and but you can play the single-stage demo they developed for the pitch.

Headcannon’s Simon “Stealth” Thomley (who made the above video) even collaborated with former Darkwing Duck writers James Silvani and Aaron Sparrow, and would have been set during a specified point of time in the series. They were even hoping to have “v/o by as many of the original cast as possible.” Mechanics would have remained largely similar to the game’s NES predecessor from 1992, with the exception of Darkwing’s new rechargeable pistol base attack, and a gas-powered grappling hook. 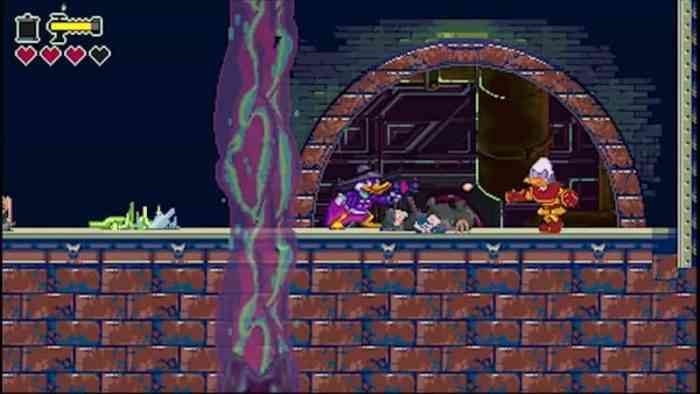 Simon managed to get a hold of some Capcom representatives at E3 last year, but the publisher failed to get back to him before he was privately informed that “Disney wouldn’t be interested in that sort of thing right now,” which isn’t shocking seeing as it’s not a Marvel property.

You can check out the demo here and spend the rest of the day wondering what could have been. Who knows, maybe Capcom will catch wind of the hype and include Darkwing’s outfit as gear in Monster Hunter World. Let us know what you think in the comments!