A game titled “Serious Sam Collection” was recently rated by the ESRB for the PS4 & Xbox One. This collection was rated “M for Mature” for the over-the-top violence found in the Serious Sam games. 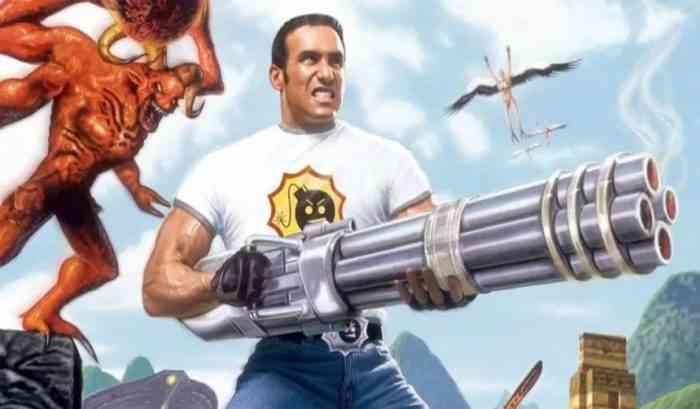 This collection hasn’t been officially announced yet so we currently don’t know which Serious Sam games this collection will consist of but it is likely that it will include all three mainline games in the series.

After all, with Serious Sam 4 scheduled to come out in 2019 for the PC, PS4, and Xbox One, a current-gen collection that has all the previous main games in the series would likely help potential fans catch up with the overall story before the fourth game comes out.

“This is a collection of first-person shooters in which players battle aliens and monsters in frenetic combat. Players use pistols, machine guns, shotguns, and sledgehammers to kill numerous creatures. Large blood-splatter effects occur during combat. Enemies are sometimes shown blowing themselves up into bursts of limbs and blood. Players are also able to rip the eyes out of creatures’ heads and/or rip the hearts out of soldier-like aliens. During the course of the game, harpy-like enemies are depicted topless (though usually from a distance). One character briefly references drugs in the dialogue (e.g., “I’m supposed to be doin’ blow off a stripper’s a*s right now.”). The words “f**k” and “sh*t” appear in dialogue.”

No More Heroes Games Rated by ESRB for PC
Next
Marvel’s Spider-Man Was Originally Supposed To Be Longer
Previous
Bloodstained: Ritual of the Night’s Mac & Linux Versions Cancelled