Uncharted 4’s ESRB Listing Does Not Include “Interactive Elements”

Uncharted 4 is regarded as one of the most popular PlayStation titles over the past 10 years. Naughty Dog and Sony have greenlit the game’s port to PC and PlayStation 5 consoles. The ports are happening in 2022 with the Uncharted: Legacy of Thieves Collection. Unfortunately, it would seem that today’s next-gen platforms will not feature one key component from the game.

Naughty Dog originally released Uncharted 4 with a multiplayer mode. However, the game’s ESRB’s recent listing suggests that it will not be included among the Legacy of Thieves Collection’s in-game features. 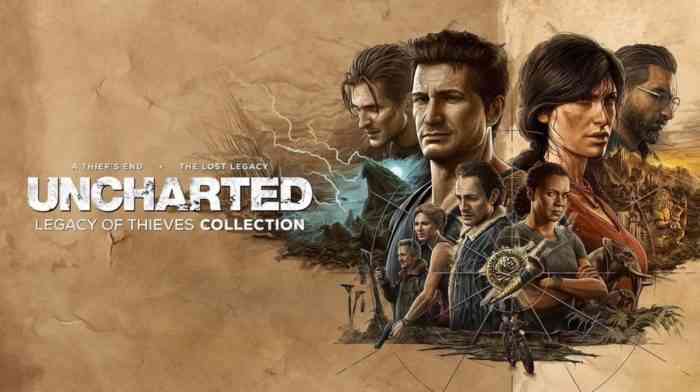 The Legacy of Thieves bundle will instead only include the campaigns featured in each Uncharted title. Its ESRB classification has suggested that the collection will not feature any “interactive elements.” This indicates that when the game finally makes its way to PC and PS5 consoles, it will not have the franchise’s popular PvP aspect.

ESRB’s ratings guide has certain features listed under Interactive Elements. An example of such would be the players’ ability to interact with other players within the game.

The silver lining in this situation is the rating’s confirmation that Uncharted: Legacy of Thieves Collection will be playable on both PC and PS5. The gaming community is well aware that receiving an official rating on ESRB is one of the final hurdles before launch. With that said, fans of the franchise think that the remastered collection is launching earlier in 2022.

At the moment, both PlayStation and Naughty Dog have only provided an early 2022 launch window for Uncharted: Legacy of Thieves Collection. The game’s blockbuster adaptation is due in February 2022. It would stand to reason that the bundle’s release could coincide with the film’s arrival.

It remains unclear why Sony would decide not to feature multiplayer for the Uncharted: Legacy of Thieves Collection.

Do you think Uncharted 4 won’t have a multiplayer mode? Let us know in the comments below.

Dance of Death: Du Lac and Fey Solving Murders on Console Today
Next
Dead by Daylight will be Free on the Epic Games Store For a Limited Time
Previous
Ex Bioware Dev Says a Mass Effect TV Show Makes Him ‘Cringe’