We may be a little late to the party on this one *wink*, but Eek! Games has announced a bunch of new characters coming to House Party. Toward the end of September of 2018, Eek! put out a casting call for new character models, looking to add both a male and female character. Auditions were open to people around the globe, who would be voted on by the fans of House Party. 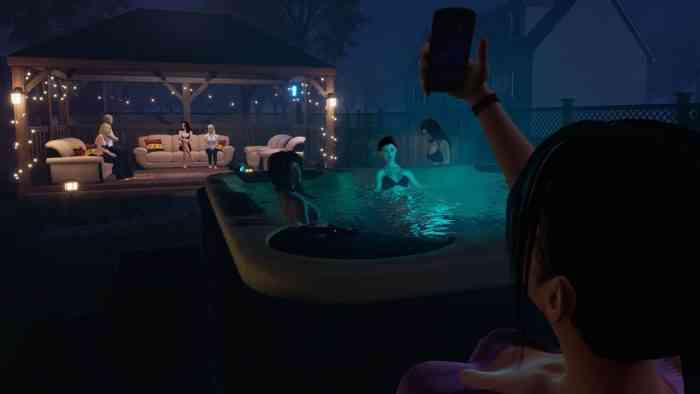 A month and a bit later, in early November, the winners were officially announced. In the male category, internet gaming royalty, the Game Grumps. In case you’ve been living under a rock, on an alien planet, in an alternate dimension where they don’t exist, the Game Grumps are a wildly popular group of Let’s Players, who have shown their affinity for House Party in a Let’s Play series on their YouTube channel. Originally, Eek! Games only wanted one male character, but they could not deny the opportunity to add both Arin Hanson and Dan “Danny Sexbang” Avidan.

In the female category, Let’s Player/Cosplayer/Model/Overall Joyful Person, Lety of Lety Does Stuff. Lety has her own Let’s Play series of House Party, but because of reasons of digital nakedness, cannot be found on her YouTube channel.

After the contest ended, Eek! Games would come out with three new characters for their game. BUT, that’s not all. In addition to the Game Grumps and Lety Does Stuff, a playable female character was also announced. Since the launch of House Party, players only option was to play as a male, but the option of playing as a female is on its way, presumably around the same time that the contest winners will be added.

That being said, no official release date or update has been announce regarding when these characters will be available to players *another wink*.

Hopefully, we will have more House Party news coming your way, so check out our updates here on COGConnected!

Let us know in the comments which character you are most excited for/by, and why it’s Danny Sexbang!

Doja Cat Is Apparently Going to Be Added to House Party

House Party Update Makes It A Real Party At Last
Next
Dissidia NT Seasons Pass Introduces the Summoner Yuna
Previous
Fortnite Creative Mode Is Now Open to Everyone; Design Your Own Epic Island