Fortnite Creative Mode Is Now Open to Everyone; Design Your Own Epic Island

Last week, we caught word of the next stage of Fortnite. As of today, the game has transcended multiplayer and invite players to input their own creative thinking. To that end, Epic Games has implemented the all-new Creative Mode. 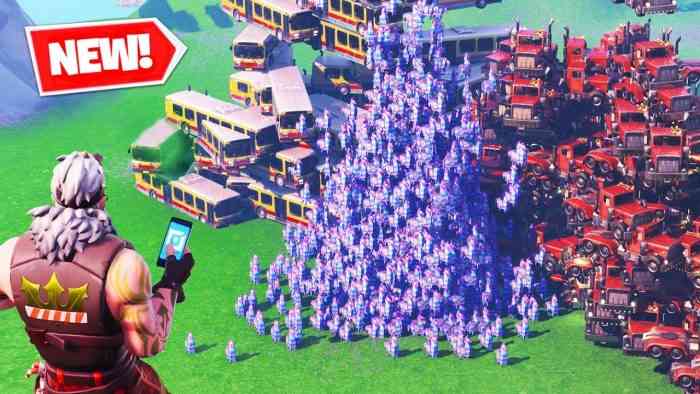 The Creative Mode was available to Battle Pass holders on December 6, last week. The freedom to create is now available to everyone with a Fortnite account. Even players who’ve never participated in a battle royale match can officially make use of Epic Games assets to design their own maps. Each set piece isn’t limited to a single gameplay mode, either. As demonstrated in the initial reveal, players can create their own movies and competitive fields. Essentially, it’s an intuitive map editor that may receive additional support over time.

To maximize creative efficiency, the mode allows players to fly around the map. Every player has their own private island to customize and explore as they see fit. Naturally, it offers a playground of antics and gameplay testing. Players who want to go the distance, however, may create an island suitable enough to be featured as a battle royale map. This past Game Awards, Epic Games showcased the block, a space in the game world that will eventually unpack one lucky user’s creation.

Fortnite is available for download for free on PC, PS4, Xbox One, Nintendo Switch, iOS, and Android.

Fortnite Leak Shows NPCs Are in It for the Long Haul
Next
Fashionably Late Characters Coming to House Party
Previous
GOG’s Winter Sale Includes “1900 Offers”, Which Is Ridiculous