Fortnite Drops “The Block” During The Game Awards

Geoff really meant it when he said “Worlds Will Change” at tonight’s Game Awards, the most familiar of which being Fortnite and the replacement of Risky Reels with a ‘block’ for new fan creations. 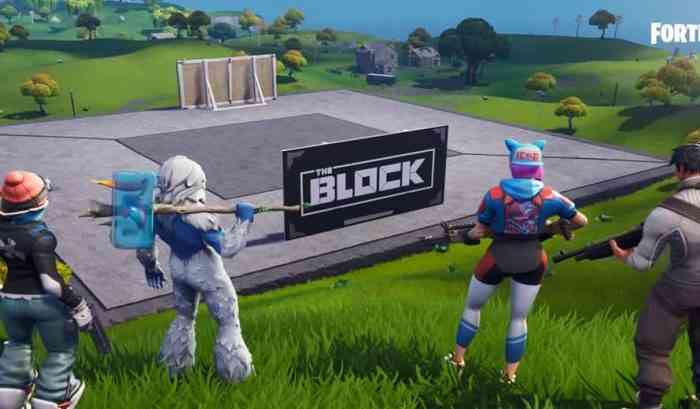 Literally dropped onto Risky Reels in real-time during The Game Awards, The Block is set to become a designated area for community-made areas that can be submitted by using the #FortniteBlockParty hashtag. Requirements state that submissions must be a 25×25 tile flat section of your island (so as to fit snugly on The Block), and ‘memory used’ should be under 50,000. Additionally, loot and vehicle spawn placements will be chosen by Epic, removing that responsibility from the creator.

Fortnite is currently available on PC, PS4, Xbox One, Nintendo Switch, and mobile devices. The new creative mode was announced earlier this week and comes alongside the new wintery Season 7 update which launched earlier today.

We’re covering The Game Awards here at COG all night, so be sure to check out our coverage of other announcements including the Epic Games store launch and Marvel Ultimate Alliance 3 for the Nintendo Switch, and as always, let us know what you think in the comments!