Xbox is Doubling Down on a Cloud Powered Future

E3 erupted with shocked applause when Phil Spencer confirmed that the team behind the recently released Xbox One X is currently hard at work on the next Xbox “consoles,” and we may be getting our first insight as to what those consoles may hold for the future of the platform.

According to a report from Thurrott’s Brad Sams, the very same who reported that the family of devices is codenamed Scarlett and could be coming in 2020, Microsoft is working on two different consoles. One will be a traditional gaming console, and the other is apparently designed specifically for the game-streaming service that Phil Spencer also announced at E3, currently called the “Scarlett Cloud.” It’ll use the computing cloud that Microsoft is so proud of to stitch two different portions of a running game together, with half of it being cloud-powered and the other running locally on the console itself. Apparently this device is further along than the traditional console version. 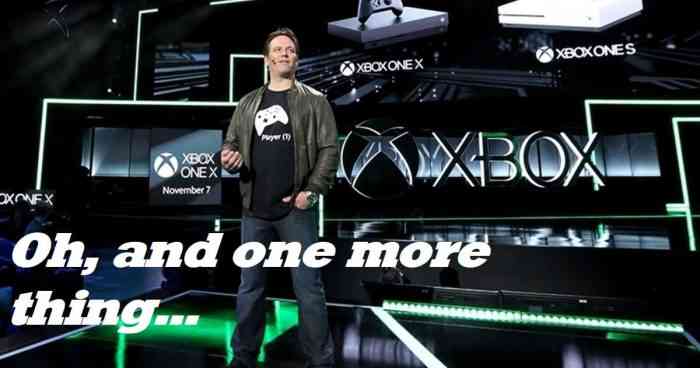 The report also insists that all gaming titles for the Scarlett family will work on all Scarlett devices, much like the Xbox One, and the company’s current end-goal is to allow people to access Xbox from any device at any time. Gamepass is also said to be an important part of this strategy, which makes sense considering Microsoft’s focus on it at E3 and beefing of it’s catalog since.

Let us know what you think in the comments, and be sure to stay tuned to COGconnected for all the latest gaming news!

Next
Octopath Traveler Continues Dominant Streak in Japan, Sells out Again Within Hours
Previous
Pokemon GO Getting “Lucky Pokemon” That Get Stronger Faster