During Microsoft’s E3 briefing this past Saturday, Phil Spencer mentioned near the end of the show that Microsoft is hard at work on the architecture of the next Xbox consoles (plural), and that they’re being designed by the same people who worked on the console’s recent mid-gen release, the Xbox One X. Now, a report from Thurrott says that these new consoles will hit shelves in 2020.

Following rumors from the same reporter who called the new Halo before it was revealed, and claims that the codename for the next “family of devices” is “Scarlett,” Thurrott’s Brad Sam claims that Microsoft plans to drop their next-gen console in 2020, and that multiple Xbox devices may be released that year. Brad also says he was able to “view content that highlighted several unannounced Microsoft products that are coming in the next two years.”

It’s worth noting that, during the same segment of the Xbox conference in which Phil Spencer mentions the next-gen consoles, he announced that Microsoft is also working on a game streaming service to bring console quality gaming to every device. Naturally, as he was saying this, the image that appeared on the big screen was a phone. 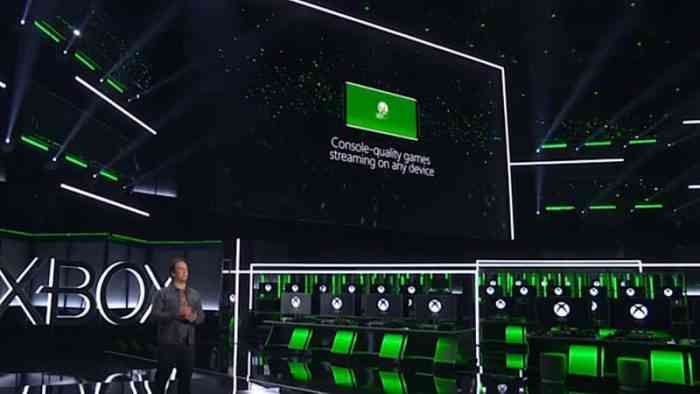 Now, Microsoft’s mobile division has been defunct since 2017, but considering mobile devices dominate modern society, and big companies like ASUS and Razer have gotten in on the action recently, coupled with the massive financial success of the Nintendo Switch hybrid console, it’s hard to believe that Microsoft is ready to give up on that front just yet.

Let us know what you think of this development in the comments, and be sure to keep up with COGconnected’s E3 coverage including new gameplay for Metro: Exodus and how things are going to work in Fallout: 76!

New Xbox Live Friends Spiked Since COVID-19
Next
Rage 2 Is Strictly Single-Player and Will Hit 60fps on Consoles
Previous
How Quests, VATS, and Mods Will Work in Fallout 76