Xbox Games Pass to Launch Your Games Faster, And Will Be Adding AAA Titles to the Library Today

Just announced at Microsoft’s E3 conference, Xbox Games Pass will be able to launch your games twice as fast thanks to new, machine learning called FastStart. 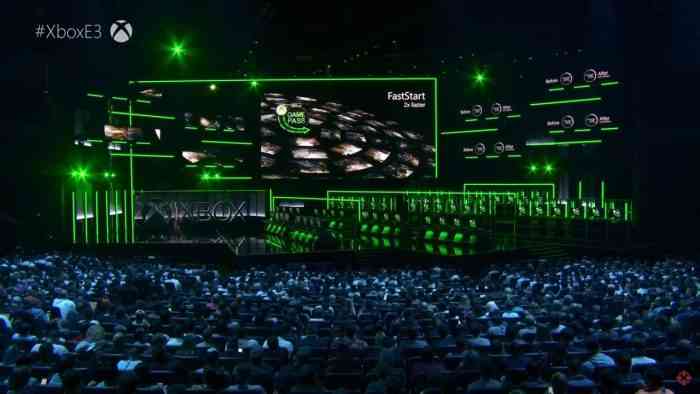 Xbox Games Pass will continue to deliver the iconic games, such as adding Halo: The Master Chief Collection later this year, but also plan to release all new Xbox exclusive games, including Forza Horizon 4, Crackdown 3, and much more. These will be added to the Xbox Games Pass catalogue on the same day as the global release.

Also, every month, Xbox Games Pass will be bringing out new games to the Games Pass’ library. These games include, Ashen, Warhammer: Vermintide 2, After Party, and Phoenix Point.

Microsoft also revealed that The Division, The Elder Scrolls Online, and Fallout 4 will be added to your Xbox Games Pass library today.

The Xbox Games Pass is a subscription based service which allows Xbox One players to download games instead of paying for them individually, similar to EA’s Origin Access.

What do you think of this subscription service? Let us know!

Check back for more updates as E3 continues!