Pokemon GO Getting “Lucky Pokemon” That Get Stronger Faster

Following a leak from a popular Twitter account, Niantic has taken it upon themselves to tease the upcoming inclusion of “Lucky Pokemon” to Pokemon GO, and it sounds like they’ll make trades more in line with their core-series counterparts.

Power up cost in action and Pokedex entry pic.twitter.com/D51kxs6IbI

In the core series, when you trade a Pokemon it levels up just a bit faster than the ones you caught yourself, which seems to be exactly what the new Lucky Pokemon will do in GO, as they will require less stardust to level up. As you can see in the leak above from prolific leaker Chrales, Lucky Pokemon will also have their own special background in the Pokedex.

After the leak yesterday, Niantic teased the incoming feature on Twitter with this picture accompanying a sentiment to players’ first trade. 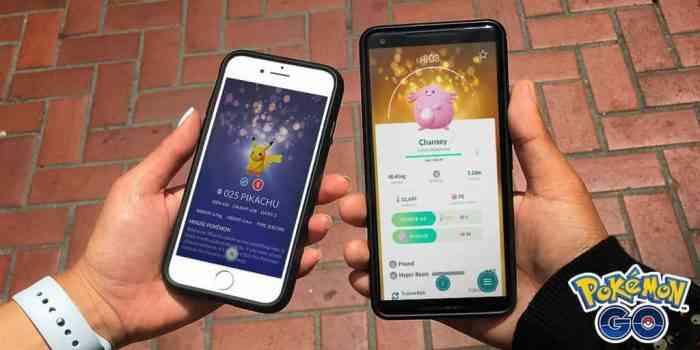 While I was in the middle of writing this article, Niantic actually officially announced Lucky Pokemon on the official Pokemon GO website, and confirmed that they can only be attained through trades, and that due to their lack of need for stardust, can “reach a higher CP much faster than other Pokemon.” Niantic also says that “the longer a Pokemon spends inside a trainer’s Pokemon storage, the higher the chance of them becoming Lucky Pokemon when they are traded.”

On top of that, Gifts will now have a chance to contain stardust when a player opens them, and trainers who send gifts to their friends will now receive XP for doing so.

Lucky Pokemon were actually quietly added to the game in the latest update on Android, and will be making their way to iOS soon enough. That update also gave players a way to filter and sort through their new friends list, along with nicknames and the ability to delete unwanted gifts. Niantic also recently implemented a new strike system for cheaters, and teased the addition of Gen 4 Pokemon during the Chicago GO Fest.

Let us know what you think in the comments, and keep it locked to COGconnected for all the latest gaming news!