Pokemon GO is About to Get A Lot More Legendary

According to a recent datamine of the game’s files and a new promotional image for the upcoming Pokemon GO Fest in Chicago, we may have some new Pokemon joining the game soon to look forward to. 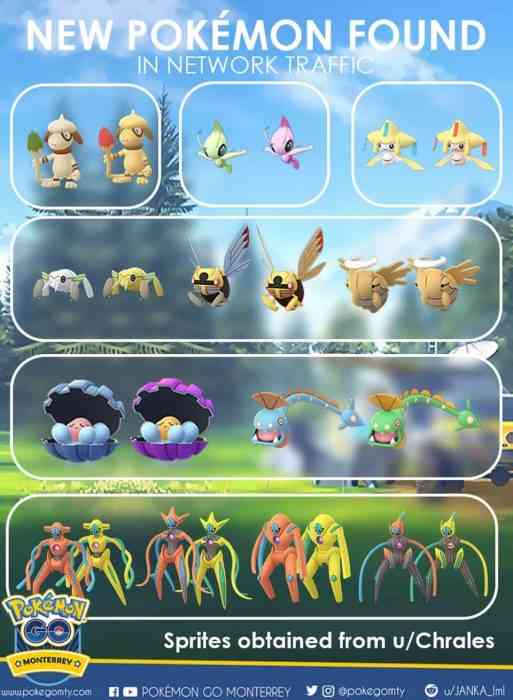 During a recent livestream, dataminer and Silph Road user Chrales found a bunch of regular and shiny sprites for Gen 2 and 3 Pokemon who have yet to be included in the game’s past updates, including Smeargle, Clamperl, Huntail, Nincada, Ninjask, Shedinja, and legendaries Celebi, Jirachi, and Deoxys. Considering Niantic recently announced that Celebi would be the next Mythical Special Research Pokemon, this checks out and lends further credence to the possibility of the rest of these Pokemon joining the game soon. 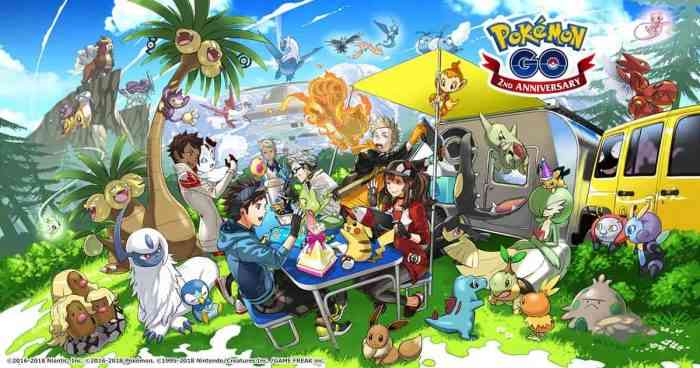 It looks like all signs are pointing to an upcoming Gen 4 release for everyone’s favorite monster-collecting AR game, likely following the plethora of summer events over the month and a half. Right now, the game is celebrating it’s 2-year anniversary with a festive Pikachu, and just yesterday Niantic announced that starting tomorrow through the next day, each region will have challenges to complete to unlock candy related bonuses for catching Pokemon and participating in raid battles, as well as a bonus to reduce distance necessary for egg-hatches (please complete these I’m so lazy). Additionally, Zapdos will be made available with the special move Thundershock and a chance to be shiny on July 21st, provided all the global challenges are completed.

Happy Hunting and be sure to stay tuned to COGconnected for all the latest wild gaming news as it appears!