Pikachu Comes Out to Party for the Summer

Pokemon GO has really shifted into full gear lately, with the recent addition of trading pushing the game to its highest player count since launch and a plethora of events over the course of this summer. To mark the game’s two-year anniversary tomorrow, Niantic is celebrating with a new “Summer Style Pikachu” and a handful of other items dedicated to the series’ mousey mascot. 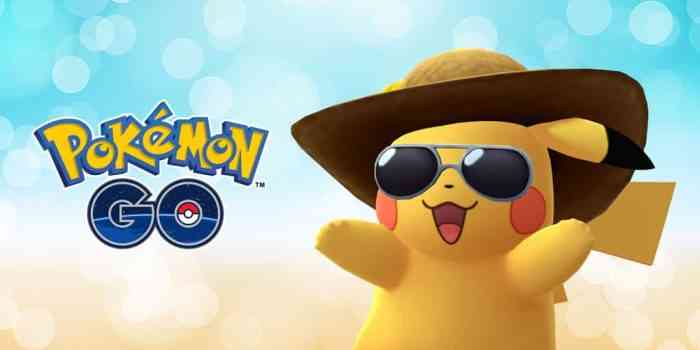 Starting tomorrow (July 6th) players can catch the Summer Style Pikachu seen above until July 31st. Pikachu and it’s baby form, Pichu, will both be more common throughout the month, and players with a gold Pikachu Fan medal will be able to purchase a bunch of avatar items including a T-shirt and Pikachu ears.

Along with the announcement comes news that Celebi will be making their way to the game in the near future as part of the Mythical Pokemon Special Research quests, and to “stay tuned” for more news on that soon.

An Articuno event is also taking place in a small three hour window this coming Saturday with a chance for it to be shiny, and Squirtle will also be sporting some sweet sunglasses during the Community Day event this coming Sunday. Niantic also just announced the Yokosuka Pokemon GO Safari Zone event in Japan that will include Professor Willow’s Global Challenges for players worldwide to unlock bonuses. Players are currently in the midst of a handful of global field research challenge bonuses including XP bonuses for catching Pokemon, completing Raids, and Lucky Egg time increased from half an hour to a full 60 minutes.

Will you be joining in on all the celebrations? Let us know in the comments below and be sure to stay tuned to COGconnected for all the latest gaming news as it appears!


A Ton of Pokémon Switch Controllers and Accessories Coming