Bandai Namco has finally given a release date for the upcoming fighting game based on the anime phenomenon My Hero Academia, along with revealing two new characters and a pre-order bonus to get everyone nice and hyped.

Joining the already enormous roster is Muscular, a villain who can grow muscles all over the outside of his body and carries prosthetic eyes around in his pocket, along with Gran Torino, an elderly character with jets on his feet who mentored everyone’s favorite symbol of peace All Might.

Those who pre-order the 3D arena brawler will gain access to the Endeavour, rival to All Might and father of one of main character Izuku’s classmates, Shoto Todoroki. The “Flame Hero” is the #2 Pro-Hero in the universe of My Hero Academia, second only to All Might. 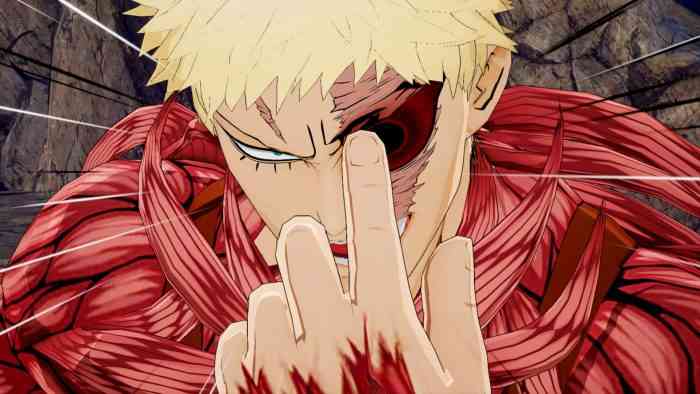 My Hero One’s Justice launches this October 26th for PC, PS4, Xbox One and Nintendo Switch. For more info on the game check out the E3 trailer for more gameplay footage and details.

Will you be picking up My Hero One’s Justice on October 26th, 2018? Let us know in the comments and keep it locked to COGconnected for all the latest gaming news as it drops!