Left 4 Dead-inspired co-op FPS Earthfall hits PC and consoles today, and developer Holospark has released a shiny new launch trailer to get everyone nice and pumped to take out alien swarms.

Playing like a Steven Spielberg action movie, Earthfall pits four players working together against aliens who have come to wipe us out across a series of story-based campaigns. The game features a “dynamic spawn system” promising constantly changing enemy tactics and variation from human-sized alien to plasma-spitting Kaiju-esque creatures. Players will use a combination of firepower and tower-defense mechanics like blockades and turrets to fend off the alien hordes. 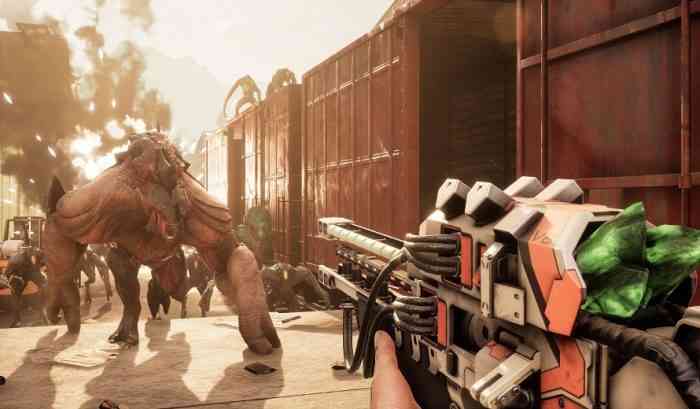 The game also features “MixPlay Mixer Integration,” wherein players who are streaming on Microsoft’s Twitch-like streaming service can be affected by viewers who can spawn aliens, drop health packs, or choose a team member to be targeted by mobs.

You can pick up Earthfall today on PC, PS4, and Xbox One digitally, or grab a physical copy of the deluxe edition published by Gearbox at a retailer near you.

Be sure to check out our preview of the game and keep it locked to COGconnected for all the latest gaming news as it invades Earth to destroy all of us.

Here’s the Pre-Order Bonuses for Back 4 Blood