Take Left 4 Dead, and add … well, nothing, and you’ve got Earthfall, now in Early Access on Steam. To be fair, there is one big difference, and that is that the zombies have been replaced by aliens. Invite 3 of your closest friends because Earthfall offers some serious co-op alien-killing fun.

It’s no secret that Valve’s co-op shooter is clearly an influence here, as you lock-and-load with a group of 3 other people and attempt to fend off an alien invasion in a suburban setting of quaint houses and sleepy side-streets. The new alien motif had me thinking not just of Left 4 Dead, but of Falling Skies, the short-lived TV series in which a small group of plucky humans carry out a desperate resistance against an overwhelming alien invasion force.

No matter if you bring friends along for the ride or use AI bots, each of your 3 squad-mates has his own unique personality. Overall they’re pretty good for AI and will help you a lot – just don’t be surprised if one of them gets sidetracked while saving you to shoot at an irrelevant alien.

Earthfall looks pretty darn good, and that is not a complete surprise given its use of the Unreal 4 Engine. You’ll feel like you’re smack dab in the middle of a typical American neighborhood, complete with garages and cul-de-sacs that betoken an alien incursion right in the heart of Middle America. Colors and textures, while not exactly being photo-realistic, are certainly vibrant and detailed enough to keep your eyeballs happily occupied. In Earthfall, you’ll find yourself part of a group of four humans – Rory, Danny, Jonas and Maya – fighting against an alien invasion; you can choose to play either with friends online, or with 3 bots who will fill out your squad in single player. Either way, you’ll have to make your way to various objectives, all of which are clearly marked, while fending off hordes of dynamically-spawned aliens with the various weapons you find along the way.

You can use the weapons you find as you go – although guns sometimes lack that “oomph” you’ll expect – or you can 3D print up to 20 unique weapons including flamethrowers and axes to make things really interesting. There’s also the ability to use environmental objects like barricades to create defense walls and fend off waves of aliens. If you’re a base-builder you might like the defensive options that Earthfall offers.

The game’s Dynamic Spawning system means that you’ll never know when and where alien swarms will jump out at you, and this makes for some pretty exciting play-throughs although it also might mean you run out of ammo at some inconvenient times. There’s plenty of replayability to Earthfall and that’s a good thing. Another strength of Earthfall is definitely its variety of alien enemies. Seattle-based Developers Holospark have clearly gone to great pains to offer lots of different enemies for you to battle, and you’ll wonder what fresh Hell awaits you with the turn of every corner. There are giant aliens who spit at you from a distance, there are aliens who run at you and flash-bang you in the face, and everything in between. The Whiplash might grab you and whisk you away, forcing your team to scramble to get you back, while another alien will charge into your group and explode in a cloud of acidic gas – Earthfalll will keep your team on its toes with constantly-evolving enemies and challenges.

Earthfall is in Steam Early Access but it is worth noting that it is technically very smooth and I experienced no slowdowns or bugs while I played. You’ll definitely want to play on a good gaming rig with 8 MB of RAM, but otherwise, you’ll be impressed at how polished this title is for an Early Access game.

For only around $14.99 USD, Earthfall offers lots of alien-battling fun with or without friends. It’s got decent visuals, solid level design and lots of cool alien enemies to keep you occupied for hours. Give this Left 4 Dead clone a chance if you’re looking for a new experience.

** A Steam PC code was provided by the publisher ** 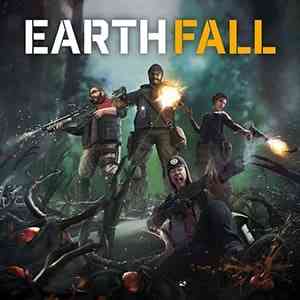