Two Point Hospital is the upcoming business simulation game published by Sega and developed by Two Point, a new studio founded by former Lionhead devs known for their work on Black & White and the infamous Fable series. The game allows you to build and manage your own hospital empire, following the mold of classic simulation games but with an awesome addition that revamps the genre as we know it.

The key principles of the game are to design your own hospital to operate and appear how you like it, to cure hilarious illnesses and to constantly grow and improve your staff, facilities and technology. The world has 15 different unlockable regions, each with their own special climates and qualities that affect the types of people you will see walking through your doors in each one.

It Has Meaningful Characters

After two hours of hands-on gameplay, it’s safe to say this is unlike most other construction and management simulation games we’ve seen in the past such as Rollercoaster Tycoon or Prison Architect due to its equal emphasis on construction and characterization. In Two Point Hospital, characters are actually unique and important, rather than just being props generated to walk around your facility. Each patient and employee looks different from one another and has his/her own distinct set of personality traits that affect their mood, practices and their interactions with others. You may get a staff member who is short-tempered or one who loves joking around and making patients laugh, and all of these behaviors are triggered by aspects of their moods — something you actually have control over and will have to keep an eye on. This is a fun element that greatly enriches the player experience: we are no longer disconnected from the human aspect of building games and now have an intimate relationship with our subjects.

Two Point Hospital is equal parts whimsical and addicting. There is no shortage of humor in the game, translated through everything from the hilarious in-game hospital announcements to the creative and quirky illnesses and ailments you will have to treat. You will see everything from “mummified” patients to ones who have a psychological disorder where they think they are wearing clothes when they are not, and patients around them will react accordingly.  Should somebody pass away in your hospital, don’t be alarmed if you see ghosts popping up and chasing frightened people around the halls. 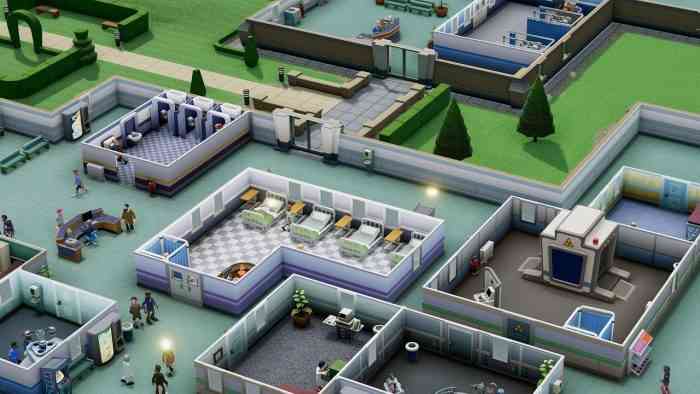 There are countless items, maps and facilities that can be unlocked and improved, leading to an experience that is guaranteed to give a seemingly limitless amount of gameplay hours. It is very visually charming, and the gameplay has the capability to be as simple or hardcore as the player prefers, making it the perfect simulation game to get addicted to later this year.

Two Point Hospital aims for a Fall 2018 release, and will become available through Steam for PC.

*** A Steam preview code was provided by the publisher *** 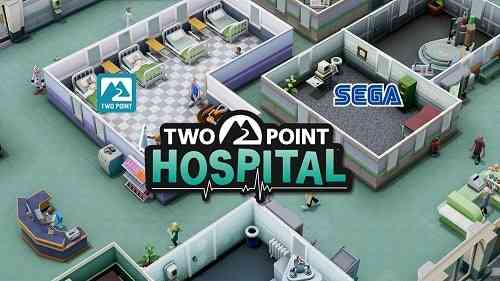