World War Z is a co-op, third person shooter based on the 2013 zombie film that shares its namesake. It’s somewhat of a spiritual successor to the widely popular Left 4 Dead franchise, with the game’s focus being on killing zombies and surviving thrilling, apocalyptic action alongside friends — or sometimes, against them. We were impressed that the game managed to replicate the film’s intense zombie swarms and heart-pounding moments. To see our full video review of World War Z, go ahead and hit play below.

World War Z is primarily meant to be played with others, but you do have the option of playing through the campaign mode with AI companions if you choose. In addition to the single player campaign, there is a co-op mode where up to four players aim to survive together and get from point A to point B. There is also a PvPvZ mode — player versus player versus zombie — where one team faces off against another and fights zombies at the same time.

There are six classes to choose from in World War Z, including two support classes, a melee slasher, a run-and-gun class, and two explosive specialists. There is also a decent variety of weapons that can be upgraded as you progress, and each character has space for up to three weapons at a time. 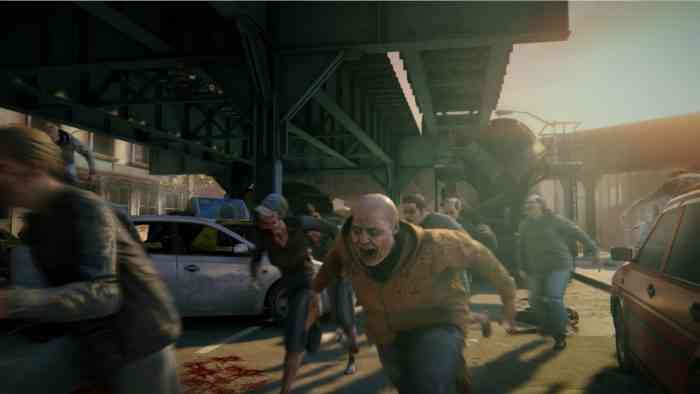 Overall, the game had a solid performance with terrifying horde attacks, thrilling moments and fun cooperative mechanics. Though at times some of the multiplayer queues were long and the visual resolution of World War Z could stand to be a bit higher, we had a ton of fun playing this game and would easily recommend it to others.