In a time when the words “remake,” “remaster,” and “reboot” fly around like bullets in an action movie, sometimes the truly simple and nostalgic joy comes from being able to play the unbastardized versions of our classic favorites just as they were meant to be. You might not recognize the name SNK as a big time developer back in the day, but numerous games from their library have been the inspiration for countless titles we know and love today. Celebrating its 40th anniversary, SNK has put together a collection of games that span its tenure during its influential time at the top of arcades everywhere. Given the current drive for big budget, narrative heavy titles, how well does a collection of quarter-battles hold up today? Check out our video review to find out.

SNK 40th Anniversary Collection provides a number of classic titles to get lost in, however being that arcade games were somewhat limited at the time, the vast majority of games appear to be re-skins of the same premise. It also became taxing and easy to cramp up while playing on a standard controller given that these games where designed for the basic arcade cabinet controls which didn’t force you to contort your hand so much. Many of these games offer both their arcade and home console counterparts which allows for players to see the vast different in graphical style and difficulty between the two mediums, and the collection also includes the ability to rewind the game and give you a second chance. 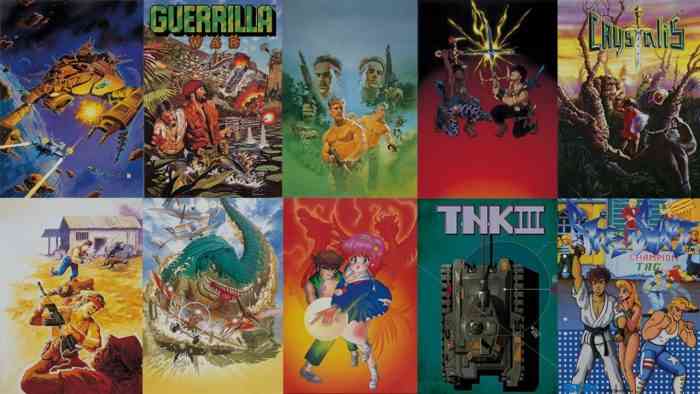 SNK 40th Anniversary Collection is available now on PlayStation 4, Xbox One, and Nintendo Switch. For more information, check out the game’s official website.