With the newest World of Warcraft expansion Battle for Azeroth just a month away, Blizzard is getting us excited by showcasing all the newest changes that are going to be added, including some new additions to world PvP. 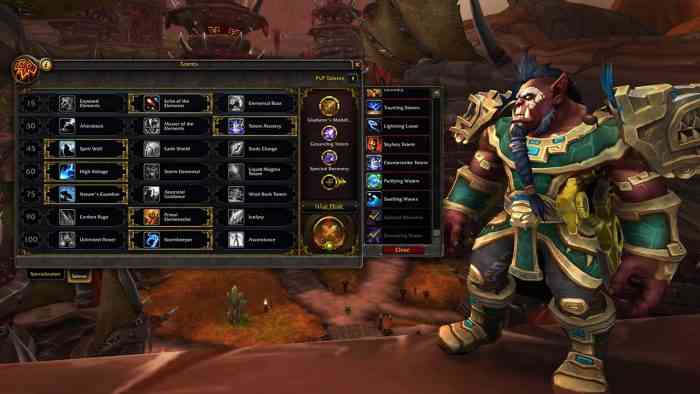 Starting off the announcement is Blizzard’s changes to the current Player versus Player (PvP) talents in World of Warcraft. Currently, you earn PvP talents, alongside Honour levels, by participating in all kinds of PvP, which they say puts newer players at a disadvantages until they earn the same talents everyone else has.

To make things more even, Blizzard has changed the PvP talents to be unlocked as a player levels their actual character, instead of a separate PvP level. They’re keeping the same row of three for the talent layout, but are also adding a new ‘crowd-control breaking’ talent.

This talent works similarly to the old PvP trinket, and is available to all players once they hit level 20. There will be three options available, as you can see on the right-hand side of the picture above, which gives different talents for different classes.

It seems like this newer PvP talent tree should not only make things easier for newer players, but also add some customisation to your play-style.

A new world PvP system being introduced in Battle for Azeroth (BFA) is War Mode, which is also unlocked at level 20. It’s described as something which solves the problem of players feeling ‘locked’ to the server that they’re on; i.e. they chose a PvE server but want to participate in world PvP, or they chose a PvP server and don’t like being ambushed constantly.

By turning War Mode on, the player will venture into a world full of other players who made the same choice. However, by turning it off, the player opts out of world PvP entirely and can no longer be attacked at random by players. Blizzard has said this system provides some foundations to offer newer systems to encourage and reward world PvP.

There are also some bonuses to War Mode, giving the player access to all PvP talents they’ve chosen (which are usually locked to Battlegrounds/Arenas), granting bonus experience to those levelling up, and gives max level players bonuses to gold, Resources, and Artefact Power.

However, there are also some other features which make War Mode even more interesting. 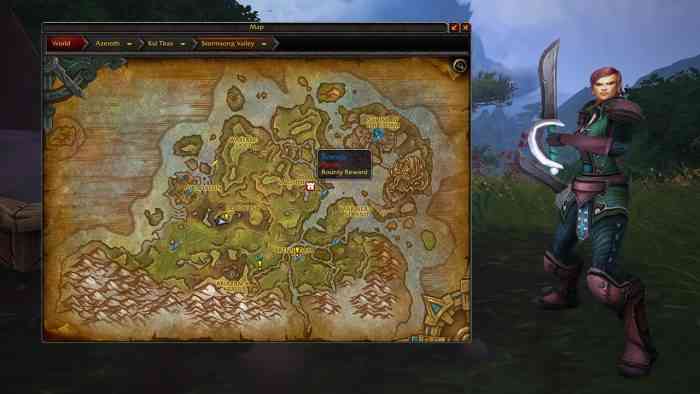 Once you kill a certain number of players of the opposite faction without dying, you becoming infamous. This grants you the status of Assassin and gives you a 15% increases to your damage and healing.

There’s a catch, of course. The more players you kill the more likely it is that you’ll appear on the enemy faction’s map, making you an easy target to players to kill and get the bounty from your head. This bounty for killing the Assassin includes Conquest points for PvP rewards.

Only three Assassins are allowed on any BFA zone at a time, however, so be sure to keep killing your fellow man to stay notorious! 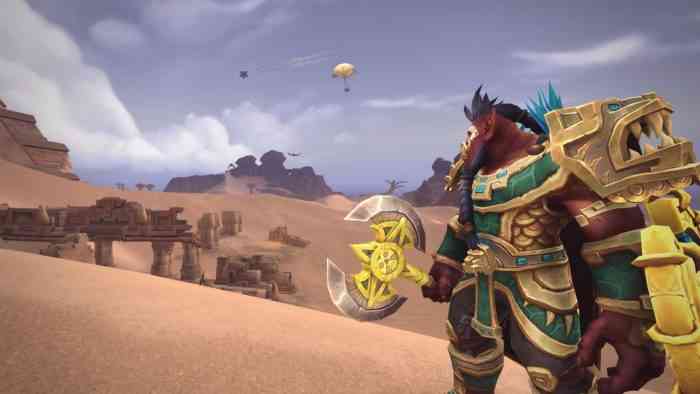 Another neat addition to War Mode is the new Air Drops feature.

Every now and then, a flying machine will make its way through a zone, its entry being announced by a loud, rumbling engine (like PUBG). This chest will then float down to the ground where players will be able to fight to contest it.

Similar to the old chest in Gurubashi Arena, for any of your old-school players out there, you’ll be able to fight for this chest and claim it for your faction, allowing anyone from said faction to swing by the chest and loot it for a piece of personal loot.

Another addition to World of Warcraft in BFA is the new Dueler’s Guide, which is similar to the Brawler’s Guild currently in-game.

Talking to an NPC in the guild allows a player to queue up for a 1-vs-1 duel in one of the new arenas (Boralus or Zuldazar). You fight player after player until you lose, and earn achievements and titles for making it far enough.

This guild is where you’ll locate the weekly PvP rewards chest, from the Rated PvP update.

What do you think of the new changes? Are you excited for Battle for Azeroth? Let us know!