Todd Howard Takes Skyrim to the Next Level

Todd Howard took to the stage at Bethesda’s E3 presser to announce the future of Skyrim, which happens to be coming to every inanimate object you can possibly imagine.

After regaling the audience with tales of E3s past and basking in the love of his fans after saying “we all know what you’re really here for,” and someone in the crowd yelling “Todd Howard!” to thunderous applause, the award-winning developer introduced a trailer for the coming ports of the hit RPG.

Described as Skyrim’s “ultimate version,” it can be played on Amazon’s Alexa smart-speaker using voice commands, including yelling “Fus-Roh-Dah!” to perform dragon shout attacks. The trailer features acclaimed method actor Keegan Michael-Key playing the game on the speaker, using his voice to eat all the cheese in his inventory to regain health. It also shows the acclaimed actor playing the title on his Etch-a-Sketch, Motorola pager, and Samsung Smart Fridge touchscreen.

The title is set to release sometime in 2018. 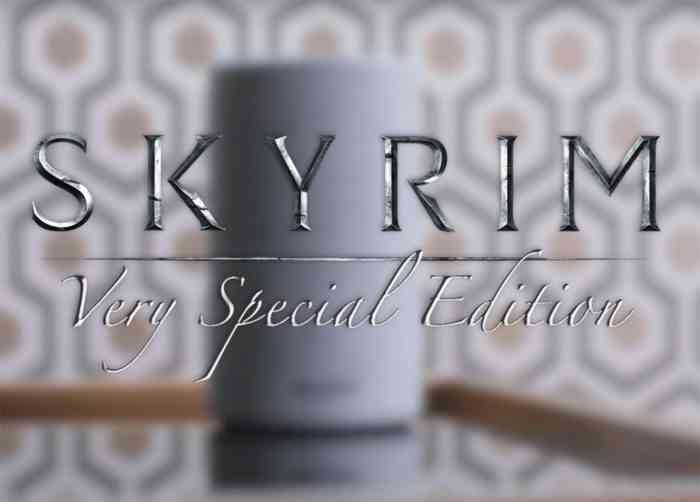 Also, Bethesda has officially secured the award for Most Self-Aware Conference of E3 2018. 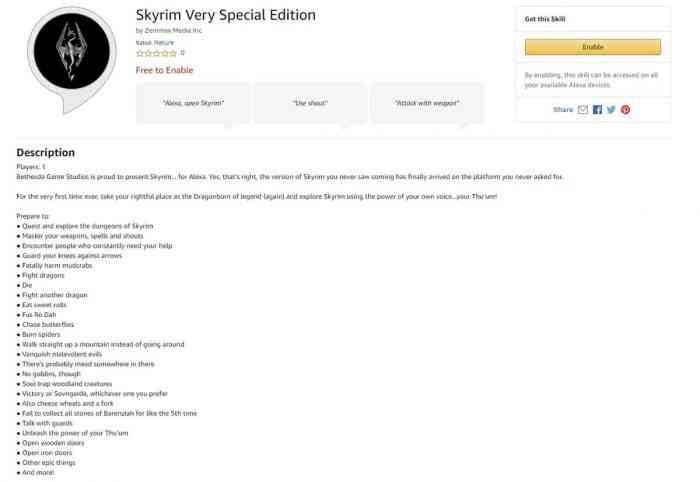 Sweet mother of God, the future of gaming really is here.

What gadget/appliance/toy do you want to see Skyrim come to? Let us know in the comments! And be sure to check out all our other E3 coverage including the latest Rage 2 trailer, and the new Doom sequel!