As promised in Kingdom Come: Deliverance’s post-launch roadmap revealed back in May, developer Warhorse released the game’s Hardcore mode today. The mode introduces a slew of gameplay alterations and new perks to make the game that much more challenging.

Hardcore mode removes health and stamina bars from the player’s HUD, along with autosaving functionality. When you’ve taken damage the screen will be spattered with blood, and if you run low on stamina the screen will turn a shade of blue. The map will not show the player’s location, forcing you to study it and familiarize yourself more intimately with your surroundings, and the compass will no longer display cardinal directions, subjecting players to refer to the position of the sun to figure out which direction you’re headed. While in combat, directional indicators will no longer inform you of where enemies are striking you from, and blocking won’t have an indicator either. 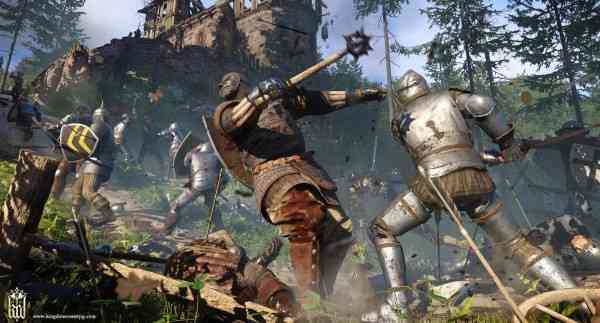 Players must choose at least two when starting a new Hardcore Mode game, but there’s an achievement for completing it with all nine.

On top of all this, Warhorse has also released a new trailer for the upcoming From The Ashes DLC.

Kingdom Come Deliverance’s Hardcore Mode is out today on PS4, Xbox One, and PC.

Let us know if you’re gonna be punishing yourself with Hardcore mode in the comments, and be sure to stay tuned to COGconnected for all the latest gaming news and updates!


Remnant: From the Ashes’ Gorefist is a Brutal Boss Battle (Gameplay Video)

Remnant: From the Ashes is Unforgiving & Forged in Furious Fire

This Weekend’s Greatest Deals in Console Gaming Courtesy of Amazon
Next
Sony Says No to Launch of Adult-Oriented Roguelike, Omega Labyrinth Z
Previous
Today, Xbox One Owners Get a Gem in the Form of NieR: Automata