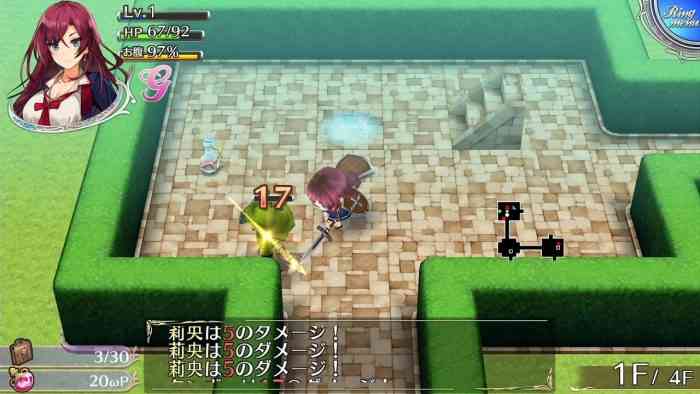 “The player touches certain points on a female character’s body to arouse them,” they said about one mini-game. “A successful action will activate a ‘shame break’ where parts of their clothing come off revealing more of their bodies.

“The player places honey on the girls’ bodies. A fantastical dog-like creature then proceeds to lick the honey off their bodies which causes them to become aroused. Like the previous mini-game, when they reach a certain level of arousal parts of their clothing fall off or vanish. As the dog licks at the honey, the girls respond with sexualised language.”

But the cargo that broke the camel’s back, it seems, was the age of the characters depicted.

“The game is explicit in its setting within a ‘school’ environment and the majority of the characters are young girls – one child is referred to as being a ‘first year’ student and is seen holding a teddy bear,” the VSC concluded. “The game clearly promotes the sexualisation of children via the sexual interaction between the game player and the female characters. The style of the game is such that it will attract an audience below the age of 18.”

All the aforementioned details may explain why Sony stepped in today and canceled Omega Labyrinth Z’s release on PS4 and PS Vita. Video game publisher PQube made the announcement today that, as a result of the platform holder’s decision, there will be no digital distribution through PlayStation Network.

“It is with sadness that we announce that the game is cancelled on both platforms and all Western regions permanently,” the publisher wrote on Twitter. “We will not comment further on this matter. Thank you for your support.”

Please see below the statement on the situation of #OmegaLabyrinthZ in the West. It is with sadness that we announce that the game is cancelled on both platforms and all Western regions permanently. We will not comment further on this matter. Thank you for your support. pic.twitter.com/ePmmiWSTAY

According to PQube’s statement, the goal in developing Omega Labyrinth Z involved creating a game as close to the source material as possible. In this case, however, the Japanese source material burned the publisher’s retail opportunities. You can view their statement below:

“PQube strives to release Japanese content for its fans as close to the source material as possible, In the case of Omega Labyrinth Z, while PQube has worked with all relevant age rating bodies in their respective territories, PQube must respectfully comply with the wishes of the platform holder and have therefore withdrawn any future plans for Omega Labyrinth’s European and North American release on PlayStation 4 and PlayStation Vita.”

What’s peculiar is how Sony waited until the last minute to step in. Though Britain banned it three months ago, Omega Labyrinth Z got announced as early as November 2017. Fortunately, the issue was resolved before turning into a fiasco. This marks the 2nd time Sony has directly barred a video game release, the first involving the removal of Super Seducer from the PlayStation Store. We may discover a pattern, going forward.

Tower of Fantasy Shows Off Action and Creativity in New Videos
Next
The Walking Dead AR Game Launching This Summer
Previous
Kingdom Come: Deliverance’s Hardcore Mode Transforms It Into a Survival RPG