The Walking Dead GO, Run, Save Yourself!

The recently announced location-based AR game The Walking Dead: Our World from Next Games has a release date that is much closer than one might have expected and a bizarre new trailer.

As you can see in the trailer above, players will be able to team up with characters from The Walking Dead TV series to shoot zombies literally and figuratively. What the trailer doesn’t show is other gameplay details mentioned on the official website, including collecting stashes, rescuing survivors and taking on missions. Players can also team up with each other to complete weekly challenges. 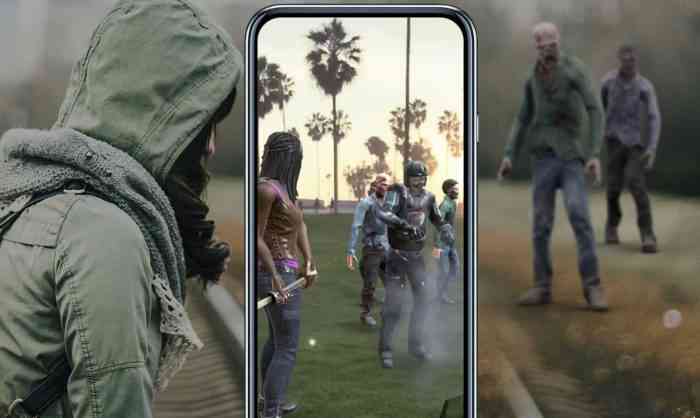 The Walking Dead: Our World is set to launch on July 12th for iOS and Android.

Be sure to let us know what you think in the comments, and check out our recent coverage of the other Walking Dead games coming out this year including the new game from Overkill, and the final season of Telltale’s adventure series.

Post Malone Ushering in the Next 25 Years of Pokémon

Genshin Impact Version 1.3 is Coming This February
Next
Deals With Gold: Killing Floor 2 Is 50% Off; Tekken 7 Is 50% Off, & More
Previous
Sony Says No to Launch of Adult-Oriented Roguelike, Omega Labyrinth Z