One million copies later, Deep Silver and Warhorse Studios are back with Kingdom Come: Deliverance Royal Edition. The new copy of the authentically detailed RPG comes with a fuller experience that goes beyond the original release. Here’s what players can expect. 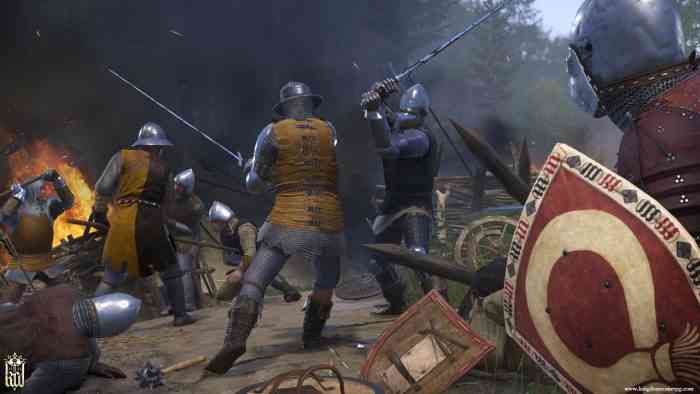 As detailed throughout the publisher’s marketing campaign, Kingdom Come: Deliverance is a complete realization of Medieval Bohemia. The game comes with a reconstruction of old Europe, its customs, and its many quirks. However, the elements of player choice allow you to shape the world and the lives of people in it. With the all-new Royal Edition, the content goes even further.

Available now for PS4, Xbox One, and PC, Kingdom Come: Deliverance Royal Edition comes with every free and paid DLC released thus far. Together, they bring new armor, new quests, and a new way to forge your own medieval community. Plus, there’s the all-new DLC “A Woman’s Lot” scheduled to arrive at a later date. Catch an overview of content below:

The Treasures of the Past unlocks unique treasure maps and additional in-game armour for Henry.

As the newly appointed bailiff players have to decide which structures to build first, how they want to attract people and how to settle disputes amongst the citizens. A bailiff’s lot is hard for sure, but even he can enjoy some fun after a hard day’s work. Taking one of the new horses for a ride, rolling the dice or just visit the local tavern – which he just ordered to be assembled – are just some of the activities that are introduced to the game with From the Ashes.

Amorous Adventures challenges players to help their friend Hans Capon. Hans is in love and he needs Henry’s guidance to conquer the heart of beautiful Karolina. However, things turn out to be trickier than expected. A lost family jewel, a magic love potion and the most romantic poem of all promise many hours of new fun moments in Kingdom Come: Deliverance.

This add-on lets players accompany a group of mercenaries guarding the roads. Caught in a web of old, well-fertilized hatred between Radzig Kobyla and another noble family they are hired to protect Radzig’s realm. Players will join this group of troubling men, led by the notorious Sir Kuno Baron von Rychwald, not only to assist them but also to keep them in line.

Details on the fourth and upcoming DLC which will feature Henry’s close friend Theresa will be revealed at a later point.

To celebrate the launch of Kingdom Come: Deliverance Royal Edition, Warhorse and Deep Silver hired a full orchestra to compose the soundtrack (available below). Look no further than Steam if you want to purchase the full playlist. If you’re curious about all things Kingdom Come, and happen to be at Pax East, visit the Warhorse Studios booth for some hands-on time.