Today, Xbox One Owners Get a Gem in the Form of NieR: Automata

Square Enix has finally gone ahead and released NieR: Automata on the Xbox One. The action-adventure-RPG from Platinum Games became a powerhouse seller when it released on the PlayStation 4 and Steam last year, and it now has extra room to grow. 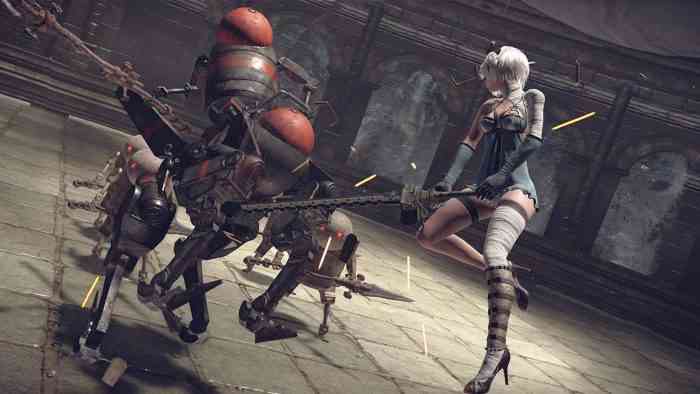 Today, Xbox One owners can acquire NieR: Automata: Become as Gods Edition, which gives access to the main game on top of DLC. The downloadable content, whose name is too difficult to remember, adds an additional area, new outfits, and the opportunity to fight the Square Enix CEO. That’s right, Xbox One owners can now face off against Yosuke Matsuda in skimpy outfits. But it’s easy to forget the peripheral benefit of owning the game – Once you make the purchase, you’ll finally get to listen to the award-winning soundtrack. It really is a fantastic listen.

Newcomers are also in for some surprises. There’s a reason COGconnected’s review calls NieR: Automata as a “Jack of all Trades, Master of Some”; the game infuses its share of hack-and-slash, JRPG, and twin-stick shooter all into one adventure. Whether or not you’ve played any of these genres, today provides a great opportunity to see how they stack in one experience. Plus, Xbox One X owners gain access to some visual enhancements. You can find NieR: Automata Become as Gods for $49.99 on the Microsoft store.

The original NieR released for Xbox 360 and PlayStation 3 back in 2010, eight years ago. Hence, its success on Xbox One may decide if sequels will be developed for future Xbox consoles.