Does Almost Whatever a Spider Can, Within Reason and Technological Limitations

Following an exciting gameplay demo at E3 and a voice actor leaking an unannounced character, Spider-Man developer Insomniac and the game’s Creative Director Bryan Inithar recently answered some fan questions on Twitter, revealing details about how interactive New York is in the process, and the possibility of a New Game+ mode. 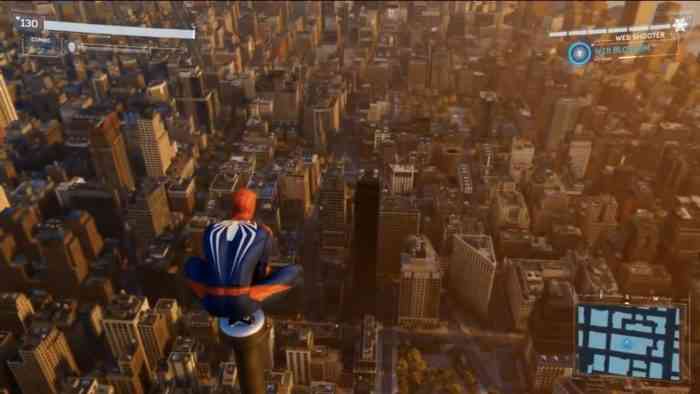 With just 10 weeks left to launch, Inithar’s team is still hard at work putting the finishing touches on the web-slinger’s latest virtual adventure and have already made improvements on the build of the game shown at E3, including the disabling of HUD elements while swinging around New York. Inithar and Insomniac also took a moment to respond to a tweet suggesting an alternate control scheme, wherein they confirm that there will only be one way to swing a web in this game.

Since E3, we’ve turned off the health bar, gadget and suit power HUD elements while you are swinging around the city.

There will not be multiple swing controls.

no you must release or jump off (release R2 or press X). Holding R2 the web will break and you will fall.

Inithar also answered a myriad of questions asking about the possibility of a New Game+ mode, how explorable New York’s Subway fast travel system is, and an interesting suggestion for the ability to change in and out of costume at will.

That would be cool

And finally, Insomniac took a moment to quell fan worries about how the game would look on a base Playstation 4.

Yes because the Pro didn’t even publicly exist then. It looks great on Base. Just look at how good our other game, Ratchet & Clank is on Base PS4

Be sure to check out our preview of Spider-Man from E3, and let us know what you think of these details in the comments!

No, You Shouldn’t Put PS5 Discs Into Your PS4