Madmind Studios’ upcoming horror game Agony is going to receive an official patch for its PC version that bypasses the game’s censorship. 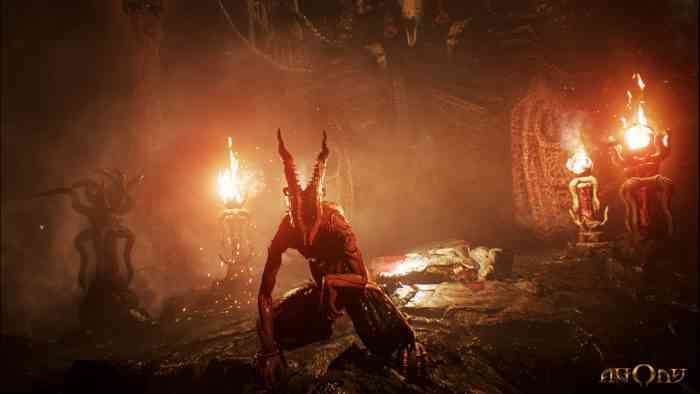 The studio was asked to make numerous compromises in order to maintain an “M” rating, although they’ve “spent a lot of time to make sure that censorship will not affect the perception of the game.”

The game was originally scheduled for a March 30 release, but was delayed 10 days prior to release. Its current release date is not specified. The delay likely stems from the concern’s with the game’s rating.

Tomasz Dutkiewicz, the head of Madmind Studios, went over the game’s narrative in an interview during September of last year.

“Players will play as a historical figure who does not remember anything but pain and a unclear image of a mysterious Goddess. During the game, the hero is going to try gather information about himself and his past by talking with martyrs and exploring hostile environments. The protagonist will quickly realize that only the Goddess can help him recover memories and get out of this unpleasant land.”

“It is up to the players how much they decide to explore the game world and learn the story. The main path of the story is going to give you answers to the most important questions, but to know more about the protagonist and this demonic dimension, players will have to spend a little more time in the darkness. However, we won’t give players all the answers, and many times leave them the opportunity to come up with their own interpretation. Multiple endings sounds great. We are still developing the game, so who knows?”

Dutkiewicz listed Silent Hill and Siren as primary influences for the game.

Agony Review – The Devil is in The Details

Agony Finally Gets a Release Date