Agony Review – The Devil is in The Details

Back in 2015, indie Kickstarter project Agony (then called “Sacred Agony”) gained a lot of attention by promising to take us on a first-person journey through Hell itself. Since then, screens and videos have only stoked the infernal fires of player interest with their fascinating, sometimes-disturbing teasers of what the final product would look like on launch. If you’ve been – like me – waiting to get your hands on Agony, then your Satanic prayers have been answered, but beware: you can indeed finally go to Hell, but you might find that the pain and suffering of eternal torment are not as much fun as you had hoped.

A lot of the excitement around Agony was in its premise of giving you a detailed, realistic tour of the underworld like no game has before. Personally, I had grand visions of epic Bosch-inspired panoramas, teeming with damned souls undergoing myriad creative forms of punishment; I imagined rowing through lakes of fire like Dante, as Hell’s condemned inmates futilely moaned for relief around me.

Admittedly, this was probably an unfair expectation to make of an Indie game made on a budget; but still Agony’s Hell struck me as a let-down upon my arrival. After entering the gates of Hell at the beginning, I spent most of my time crawling through confined corridors made of flesh and bone, and oozing sticky gore, reminding me more of the basement of a slaughterhouse than any of the Nine Planes. And honestly, we’ve seen this kind of depiction of Hell many times before – in God of War, Devil May Cry and many others. Agony does briefly change things up a bit later on, but for the most part its depiction of Hell is not quite as fresh and unique as I had hoped.

Hell is a Lonely Place

Visually, Agony has a few standout moments but the presentation is very uneven. The developers, Madmind Studio, seem to have put a lot of effort into some assets and much less into others. Often your surroundings are a busy, chaotic jumble of brown and red goo, flesh, glowing gates and weird symbols that are frankly just confusing to navigate through. If you actually stop to focus on something – like a fetus hanging from the ceiling – you’ll no doubt be suitably disturbed, but the sheer sensory overload will dull the impact of those moments as you progress. Madmind has also chosen to make the game excessively dark overall, so, to be honest, you’ll usually have trouble seeing much of anything.

I found that Agony’s Hell is also a disappointingly empty place – instead of crowds of the damned, you’ll bump into individuals here and there, always hunching down in the same animation of anguished torment. The characters you do meet look unfinished at times – first-draft models that still need a polygon polish. You pull off their black hoods and talk to them, revealing faces that seem to only have two template variations: a nondescript, balding woman, and Abe Vigoda. There are also Demons – predatory enemy AI that prowl around looking to feed on you. These seem to also have two flavours: a naked female with a big sideways mouth for a face, and an admittedly very creepy spider-monster-thingee made entirely of human arms. Too often, the lack of variety and polish in Agony’s AI pulls you out of the illusion Madmind is trying to create. 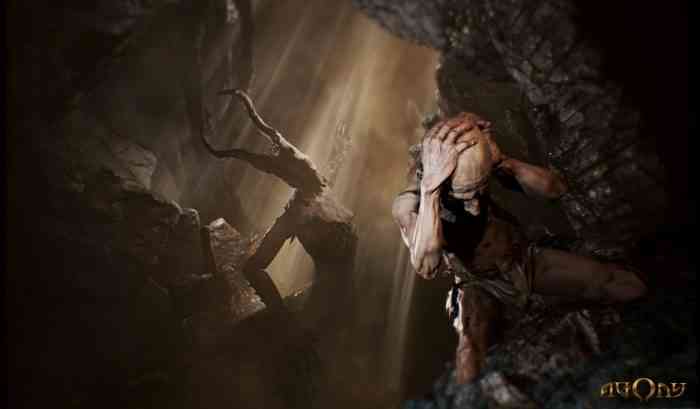 On a basic level, if you’re looking to check out what it would be like to visit Hell, Agony does give you what you want. It’s billed as a “survival horror,” but I would call its gameplay more of a stealth adventure. It is slow paced; you skulk, an unnamed soul with no knowledge of why you are in Hell, through the aforementioned tunnels on a journey to find the Red Goddess, who is your key to escaping. You’ll have to make your way through what is essentially a series of mazes, all while avoiding capture from patrolling Demons. If they catch you, you’re toast (you can’t fight back, only hide, similar to SOMA), unless you can successfully take control of another soul nearby. If not, you have to restart at the last checkpoint. The checkpoint system needs work; I went nearly an hour without seeing one, and then got two within a few minutes.

Agony tries hard to “horrify” you along the way with shocking imagery – there are lots of impaled naked people, dismembered bodies and bones littering Hell. However, it combines these with an odd obsession with sexual titillation, as the naked are almost always statuesque females, and there’s a plethora of obvious vagina motifs in unnecessary places. The Red Goddess herself and her attendant Succubi will, of course, strut around nude through a few lavish cutscenes, using their best femme fatale voices – a prurient treat for the adolescent in all of us, to be sure, but a bit of a lazy choice in the game that seems to envision Hell as a sort of ultra-sketchy red light district rather than a place of painful spiritual punishment.

But in the end, for me, Agony’s greatest Deadly Sin is that it is mostly just boring. Back-tracking through confusing, glum environments, trying to find the way out gets to be as tedious as being stuck in Purgatory after a while. My more than 6-hour playthrough involved a lot of wasted time, just not sure where to go next. There is a glowing purple light skill that you can unleash with the F button, which supposedly shows you the way, but even it seemed confused a lot of the time. And each new environment just didn’t offer the novel visual excitement of discovery that makes exploration rewarding.

Agony is an ambitious game; it sought to give gamers an experience that they had never had before, which it does somewhat deliver, and I have to credit its developers for even the attempt. But this final product just doesn’t feel finished; this is more like an Early Access game – full of promise and great ideas but just lacking in content, polish and attention to detail. If your soul hungers to visit the underworld, then, by all means, check out Agony; otherwise, save your prayers for something better. 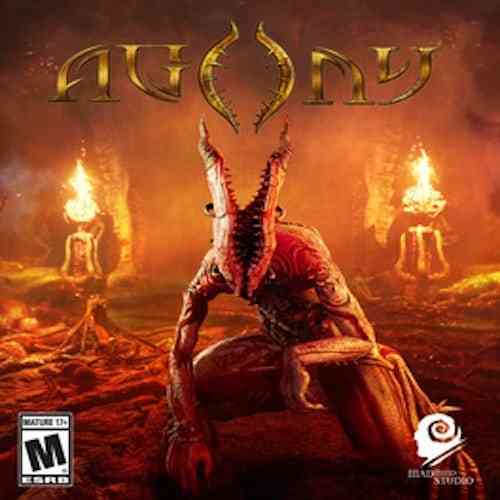 Agony Finally Gets a Release Date