Shape of the World Review – Trippy and Artistic, but Lacks Direction

Shape of the World Review

Are you a fan of walking simulators? To some, they represent the antithesis of video games, removing all but the minimum interaction to be considered a “game.” To others, they are the essence of interactive narrative, boiling a story down to your experience with it. Stories like Gone Home or Firewatch wouldn’t work as movies or books, they need to be told with some level of interaction. They are pure story. Shape of the World, however, is the total opposite.

Shape of the World has no story in any traditional sense. Its presentation is minimalist and it’s almost devoid of words, either written or spoken. You don’t really represent a character, and the only other living things in the world are strange plants and animals. Your interaction is limited to navigation, touching things, and planting fast-growing trees. Your only objective, if you have any at all, is to find your way to the next big triangle.

I will admit that I was at first totally perplexed by Shape of the World. It wasn’t quite like anything I’d ever played before. Minecraft doesn’t have a clear objective, but there are enough gameplay systems to support deep experimentation. Games like Myst and The Witness are mostly atmospheric but are filled with puzzles to solve. And the recent wave of walking simulators have clear narratives. Shape of the World has none of that. 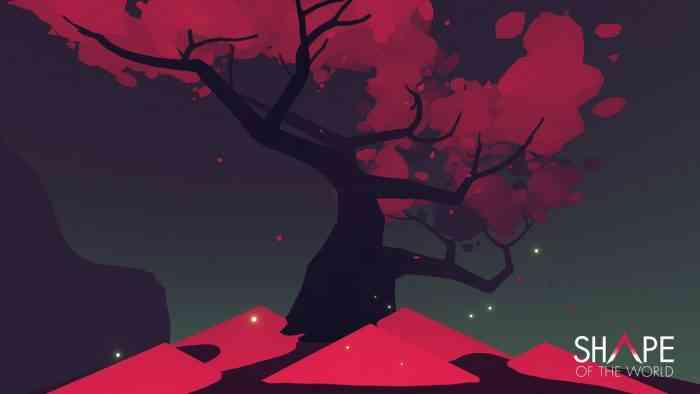 I sought answers outside of the game, in the store description. The Steam page described it as an “escape from work, anxiety and stress.” That made some sense to me. Video games are often about tension, and that tension often comes through violence. Shape of the World describes itself thusly: “Note: [sic] Immersion, exploration and contemplation form the core of Shape of the World. This is a place to get lost in, a relaxing world for you to spend 1 to 3 hours meandering at your own pace, observing and unwinding.” This isn’t a narrative at all, it’s a relaxation tool. It’s more of a toy than a game.

That has potential to be a worthy goal. I remember people getting excited about relaxing through the indie Playstation phenomena that was Flower. And I know plenty of people who unwind through Minecraft or Trucking Simulator or even Katamari Damacy. Once I was clear on the purpose of Shape of the World, it was easier to assess on its own terms.

So does it succeed? It’s hard to say. It is certainly a pretty game. The minimalist polygon planes are very evocative, the sound design is lovely, and the abundant bloom lighting creates a mood. There’s sort of a goal (get to the next triangle) and when you achieve it, the art style shifts. But I didn’t really find it relaxing, I found it boring. And I never got over feeling perplexed.

Maybe that just has to do with how I unwind. Sure, I like to take long walks, but I like to do it while I listen to podcasts or music. As a kid, I loved to build with my Legos, maybe that’s why Minecraft feels so good to me. I love to read. I need to use my imagination to relax, and Shape of the World never really asks you to do that. It feels more like moving through a museum, looking at paintings that someone else has created. That can be fun if you like the paintings, but in this case, I failed to connect. 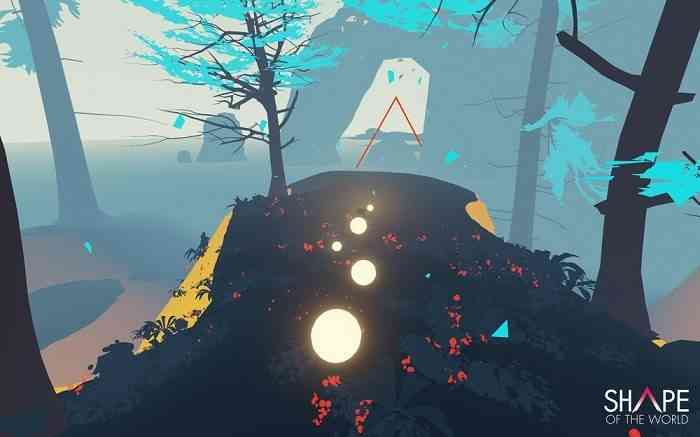 The game looked at me expectantly and said, “hey isn’t this neat?”

And I replied, “sure I guess.”

And then it said, “but what about all this artistic intent? Did you notice the contrast between the triangular objectives and the gentle round shapes of the rolling archways?”

“And the bloom lighting,” the game says, “we really did stuff with that.”

“You sure did,” I answered.

“And what about all these mangos?” the game asked. “You can collect a bunch of mangos. Did you miss that? There are also these cool jellyfish things!”

But at this point, I didn’t say anything, because I had just learned how to make stained glass in Minecraft, and wanted to go design an enormous cathedral. 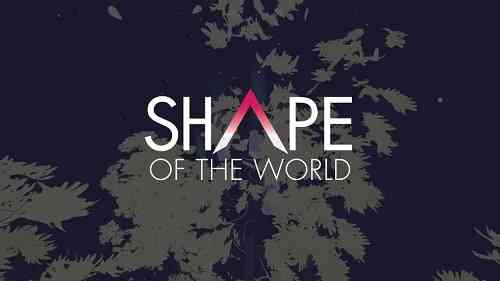