During E3 2017, one of the non-related events in gaming was the banning of a popular modding tool for GTA V, OpenIV. After Take-Two issued a cease and desist order against the creators, PC users everywhere entered a collective tantrum. 52K negative Steam reviews later, Take-Two has backed down.

The publisher didn’t necessarily back down because of the reviews (though they did have an effect). In a statement to the creators, Rockstar spelled out new conditions for the continued use of OpenIV. Namely, the modding tool could not impact GTA Online:

“Rockstar Games believes in reasonable fan creativity, and, in particular, wants creators to showcase their passion for our games.”

“After discussions with Take-Two, Take-Two has agreed that it generally will not take legal action against third-party projects involving Rockstar’s PC games that are single-player, non-commercial, and respect the intellectual property (IP) rights of third parties. This does not apply to (i) multiplayer or online services; (ii) tools, files, libraries, or functions that could be used to impact multiplayer or online services, or (iii) use or importation of other IP (including other Rockstar IP) in the project.”

The modding tool and mods themselves will come under investigation in the case of online tampering. Basically, this was Take-Two’s initial beef with the program. While the creator says this was never their intent, they admitted there was room for OpenIV abuse. From hereon, the mods should be left where they belong and that’s with the single-player component of GTA V.

Furthermore, Rockstar will work to get Take-Two’s fine against OpenIV’s creators dismissed. They’re the real rockstars in this case. 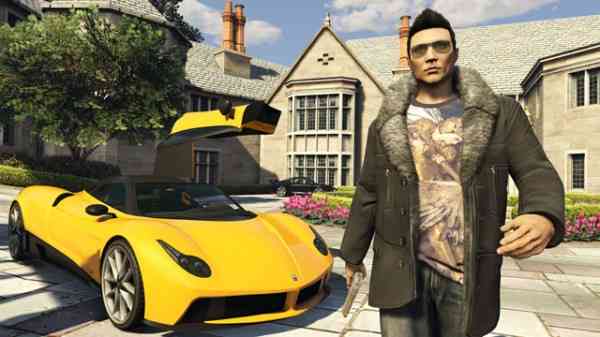 With over 80 million units sold, Grand Theft Auto V is one of the most popular games in history. Naturally, it still has a dedicated fanbase, especially when it comes to PC users. And because of this dedication, Rockstar has proven open to cooperation. As time goes by, devs will work with the modding tool creators to make certain there’s no infringement on Take-Two’s rules.

What are your thoughts on the resolution between Take-Two and OpenIV? Glad? Relieved? Confused? NA? Let us know in the comments below.