We are less than a week away from Funcom’s major open-world title, Conan Exiles. Starting January 31st, the game will be available at 6:00 am. That means west coast US players can download at 9PM on January 30. But Funcom was too excited to leave the news at that. In anticipation of the game’s release, Conan Exiles gets a new cinematic trailer. Watch it down below:

Just a taste of the barbaric world of Conan, players are in store for a sand-box, seamless environment facilitating either single or multiplayer adventures. Players choose how they step into dust storm, be it public or private servers.Then battle against monsters, build your character, and breathe in a savage environment

But Funcom didn’t want to make an announcement without details of Standard and new Conan Exiles- Barbarian Edition. Along with the base game, players receive access to the following:

Standard Edition is priced at $29.99 while Barbarian Eidition is $59.99. In working with Dark Horse Comics, part of Funcom’s mission has been delivering a faithful world for Conan fans. Furthermore, delivering a title suited to newcomers, immersing as many gamers as possible in rich, pre-existing lore that’s both fun and exciting. 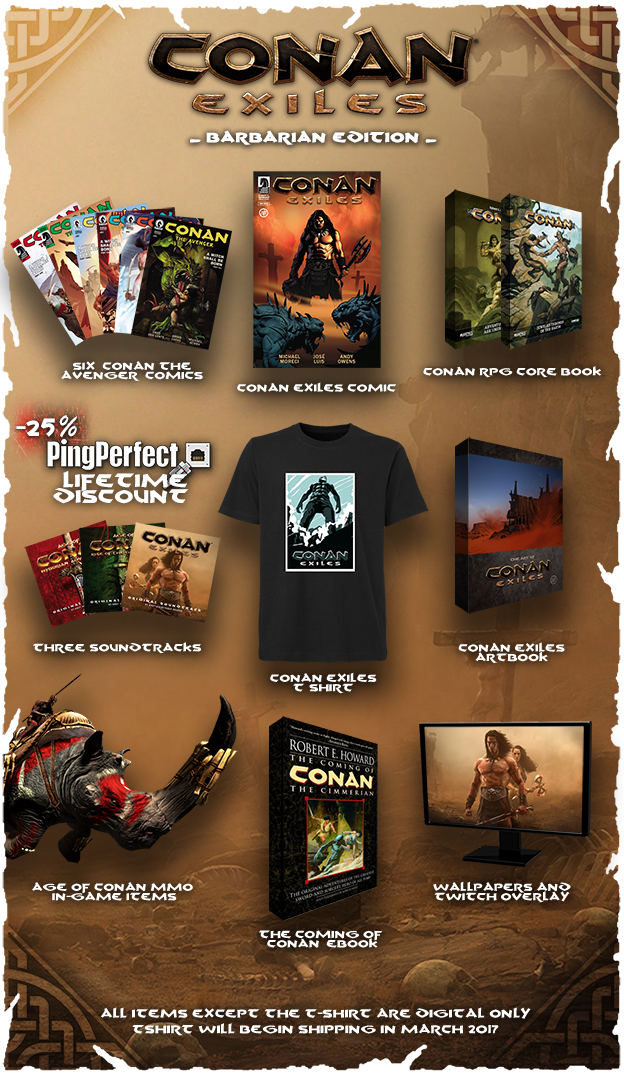 Expect Conan Exiles on Early Access for PC on January 31, 2017. Then find it on Xbox One Game Preview Program during Spring. So far we know there will be a PlayStation 4 version, but a release date hasn’t been announced. For more info on Conan Exiles, you can visit www.conanexiles.com or visit the official Steam page.

Newcomer or fan, are you excited about the release of Conan Exiles? Comment your thoughts down below and let us know your thoughts about the latest add-ons. And for more of the latest on gaming, simply keep updated with COGconnected.


Conan Chop Chop is Hilarious and Challenging But Family Friendly