Episode 3 – Other Voices, Other Rooms – put the new pieces on the board and Episode 4 – The Eyes Of Texas – took them and went on the offensive. This was a very engaging episode on several fronts. There is the continuing activities of Oswald and George de Mohrenschildt, the double life Jake is leading as he splits time between Jodie and Dallas, the growing interest between Billie and Marina, and the ever deepening one between Sadie and Jake. 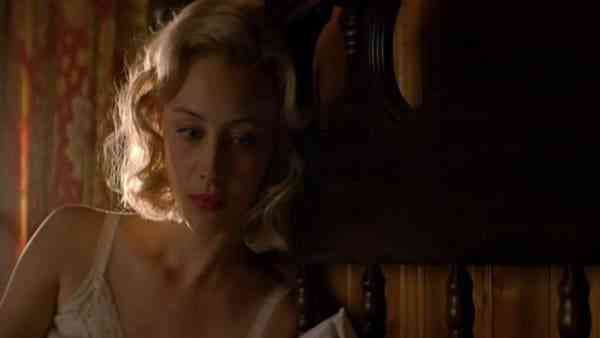 Sarah Gadon’s portrayal of Sadie Dunhill has enchanted me. She lights up every moment she is on the screen. Her smile melts hearts and the way her nose crinkles sends shivers down my spine. So yeah, I love what she is doing with Sadie. Her energy extends to James Franco as well, as his performance level steps up whenever Sadie is with him. The two of them together have wonderful chemistry and should invest viewers in their respective fates as events proceed inexorably to 11/22/63.

However not everything is all peachy keen between Jake and Sarah. Questions and doubts about Jake’s sincerity arise to the point where Miss Mimi follows Jake to Dallas. There she confronts Jake with the flimsiness of his back story to which Jake spins a yarn about being in Witness Protection because he gave state’s evidence about a Mafia hit. It’s a funny scene with Jake making Godfather references and Miss Mimi clueless as to who or what the Mafia is. The scene ends with a stern warning from Miss Mimi telling Jake he should tell Sadie the truth as it always has a way of coming out. And secrets in a relationship always lead to trouble down the road.

“This is a big reveal for her, especially given the time period where such issues tended to stay behind firmly closed doors.”

Sadie has a secret too. She was in an abusive relationship with her husband. In contrast to Jake, Sadie comes forth with this information. This is a big reveal for her, especially given the time period where such issues tended to stay behind firmly closed doors. That coupled with the belief that it was a woman’s duty to satisfy a man’s physical needs place an incredible burden of unwarranted guilt on women of that time period and Sadie is no exception. After her confession she is mortified and believes Jake probably believes she is dirty. Because Jake loves her and has modern sensibilities, Sadie’s love for him grows due to his acceptance of her marital problems.

All of this is capped off with great satisfaction when Sadie’s husband confronts Jake and Jake profanely threatens him. The moment is satisfying but it also sets off alarm bells that John Clayton is not done with either of them. He does seem out of the picture when he grants Sadie the divorce she is so desperately seeking but then those final scenes in Jake’s house where a shadowy figure that looks like John in profile leads one to think otherwise. 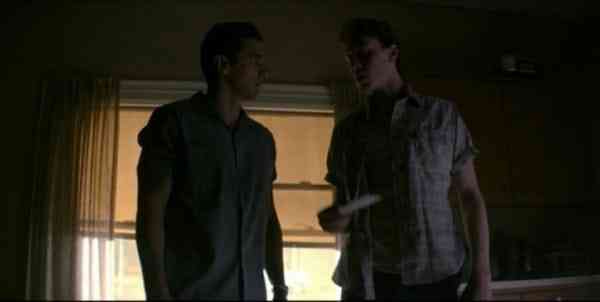 In a nifty bit of dovetailing between the Jake/Sadie and Oswald story lines, Jake leaps to an incorrect assumption about who slid some surreptitious photos of him and Sadie under the door of their getaway cabin (though how such photos were developed so quickly back then remains either a mystery or a story telling convenience – take your pick.) Jake jumps to the erroneous conclusion that they were sent by the CIA based on recent recordings of Oswald and George. This leads him and a reluctant Billie to step up their surveillance of Oswald which ends up with them being caught up in a cat house and eventually arrested. Jake’s double life comes under further scrutiny when his boss, Deke Simmons – wonderfully played by another awesome character actor, Nick Searcy recently of Justified – has to bail him out.

The obdurate Past comes into play again as it interferes with Jake’s surveillance of George. From putting him behind a slow driver, to a workman noisily dragging garbage cans, to a barking dog nearly betraying Jake’s presences to George and two other business suited men, and then finally to the confrontation with Sadie’s, soon to be ex-husband, John Clayton; Jake’s attempts to discern who is involved with the Kennedy assassination is a major bust. He learns nothing and has set into motion events that may impact him and Sadie down the road.

“I like the portrayals of the actors playing the Oswalds and we get that chilling moment with the famous photo of Oswald holding his rifle in their backyard.”

In Jodie, Bill Turcotte’s monitoring of the Oswalds is beginning to impact him. He is slowly becoming enamored with Marina Oswald and is growing more and more upset with the abuse Oswald is subjecting her to. This is an interesting addition to the storyline and where it leads to may also have serious repercussions down the road. I like the portrayals of the actors playing the Oswalds and we get that chilling moment with the famous photo of Oswald holding his rifle in their backyard. It is all the more chilling as Marina chides Oswald that he looks silly in a moment where Oswald is serious and trying to make a statement. Even more chilling is when his statement is that he is out to kill Fascists, something he believes General Walker is. 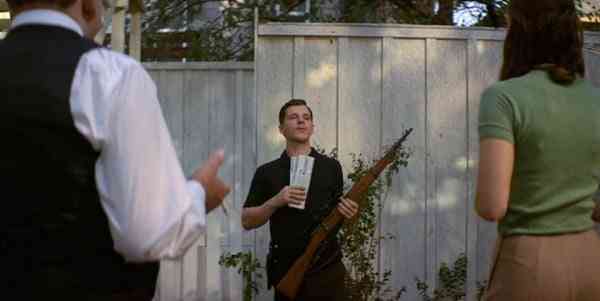 This episode had it all: suspense, wonderful character interaction, comedic beats, and the Kennedy assassination story engine to power it. Wonderful performances by everyone too. And those closing scenes with Sadie being maneuvered down into Jake’s basement by a shadowy figure – who may or may not be her ex-husband – to discover the surveillance tapes and question who Jake really is; what a tense sequence of events that make you want to see the next episode right now!