After the setup of the first episode and the payoff of the Harry Dunning story in episode two, the inevitable transition episode occurs with the resultant slow down in pace and intensity. The series is moving back to the main storyline and setup is needed to introduce the new players.

We get our first extensive look at Lee Harvey Oswald played by Daniel Harvey who has more than an eerie passing resemblance. It is rather unsettling watching Oswald who stands out in no special way other than having obvious anger issues. When you see him it is hard to reconcile the ordinariness of the person with what he went on to do. 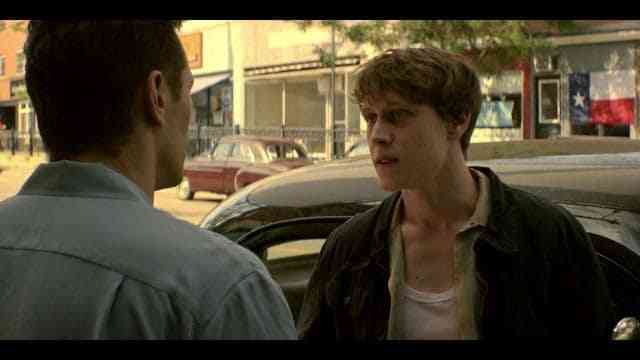 Next up is Marina Oswald played by Lucy Fry. She fits the part of the pretty buy shy Russian who is out of her element but glad to get away from Russia. We learn only a little about her in this episode along with Oswald’s overbearing mother, Marguerite Oswald played by Cherry Jones. Both of these women had a big influence on Oswald but this has not come across so far. A price of compressing a big book into an eight hour series which is a shame because the relationship between Oswald and these two women was one of the more fascinating aspects of King’s book above the standard conspiracy stuff that most other looks at Oswald focus on.

One of the bigger departures in the minseries so far is Bill Turcotte, whose part in the book is done. He learns about Jake’s mission and begs Jake to let him help. So instead of Jake splitting his time between Jodie, Texas and surveilling Oswald in Dallas, Turcotte takes on that task full time. Another disconcerting change in the book is how involved Jake becomes with everyone he interacts with. Everything he did in the book was much more in the background. It is understandable from a dramatization perspective but it leaves me with a nagging feeling that Jake’s actions are in some ways actively causing historical events to play out the way they should. This feeling was very much so with Frank Dunning in the previous episode and present here to a smaller degree when he and Turcotte are nearly caught planting bugs in the apartment Oswald and Marina are going to move into. The way that the Past pushes back in this episode is rather underwhelming. 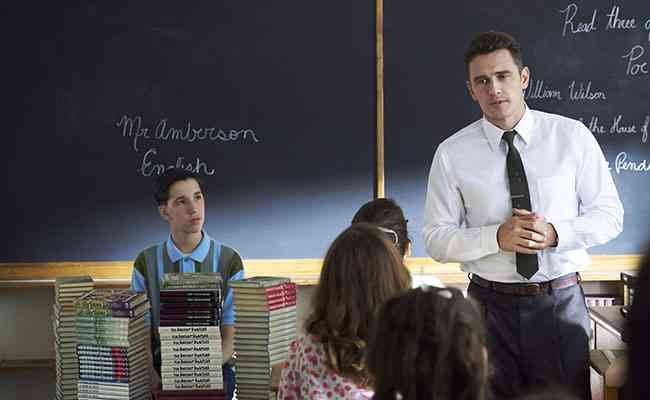 Each of the first two episodes were energized by powerhouse performances by Chris Cooper and an unexpected one by Josh Duhamel. There are no such opportunities in this episode as there are too many new players. The standout one is easily Sarah Gadon who plays Sadie Dunhill. We met her briefly in Dallas at the Dealey Plaza in the first episode but now she enters the story as the new Jodie High School Librarian where Jake is a teacher. Gadon lights up the screen and there is real chemistry between her and Franco. She has that classic look from the 1960s but has learned resilience after coming through a failed marriage. It is most gratifying to see Sadie brought to life so well as her relationship with Jake is the core of this story.

James Franco’s performance of Jake also steps up a notch as we get to see some steel in him as the Oswald part of the story starts to kick into gear. Part of this is helped by having Turcotte to play off of as he is even more naive than Jake is. Also Turcotte gives Jake someone to talk to and explain to the audience via Turcotte what Jake has in mind and what his goals are. 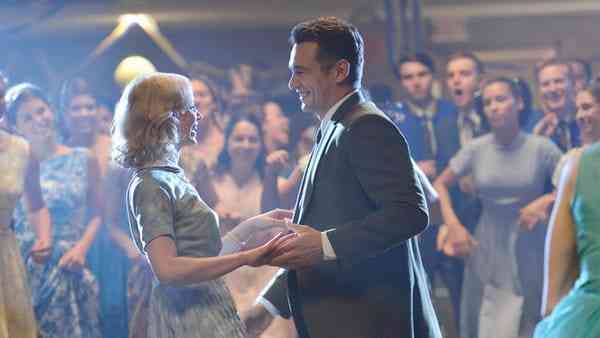 Part of that goal is determining whether or not Oswald took a shot at another politician – General Edwin Walker; a conservative political activist who opposed Kennedy. The episode leaves Jake and us unclear as we see Oswald at a Walker rally along with George de Mohrenschildt. de Mohrenschildt is a CIA informant whom many believe played some part in steering Oswald toward not only taking a shot at Walker but eventually the President himself. Their presence together strengthens that suspicion but then after the rally Oswald loses his mind and and tries to get at Walker screaming incomprehensible political nonsense at him. All this while trying to power his way through half a dozen military officers. It is a mental meltdown of epic public humiliation proportions leaving us and Jake aghast at Lee’s questionable mental stability. This meltdown appears to be a moment of dramatic licence as there does not seem to be any documentation supporting this confrontation.

This episode has put the gears and cogs to the Oswald storyline in motion as well as set up the Jake and Sadie relationship. There are some nice moments between Jake and Sarah but overall the episode was mostly connective tissue instead of meat.