The X-Files – “My Struggle II” Review

Well, it’s over. The X-Files revival has officially wrapped up. Did it provide the closure that the series so desperately needs and deserves? Here’s the TL;DR:

Are you f***ing kidding me? 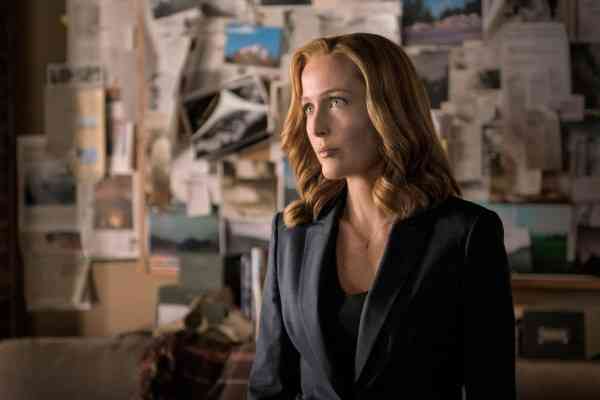 The title of The X-Files’ 6th revival episode – My Struggle II – sums up my feelings about it. I’m upset. While it does some things right, My Struggle II does the series as a whole a serious injustice by cramming a season’s worth of content into 40 minutes.

From the get go, the parallels with My Struggle I are obvious – the episode is going to focus on Scully primarily, and her crash course in The X-Files lore closely mirrors Mulder’s monologue from part 1. To me, it wasted a great deal of precious time – people who have been watching will remember what happened only a few weeks ago, and those who haven’t are going to be totally lost regardless. So then, the 10 minutes between the start of the episode and when new things happen are useless. I mean, I appreciate the nostalgia and fan service, but it makes the rest of My Struggle II a bit of a train wreck. 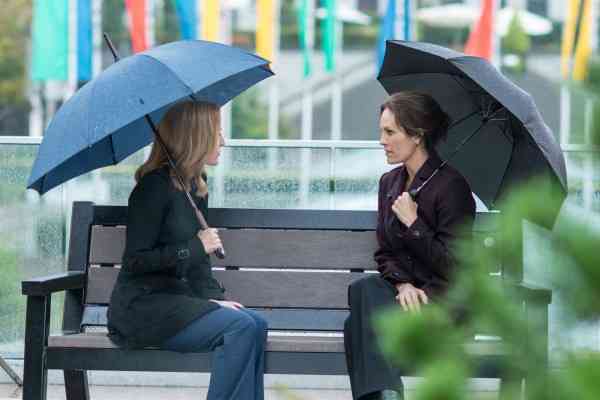 Inexplicably, Tad O’Malley is back. He apparently decided to go off the grid for 6 weeks only, and is back spouting the truth online. The Alien DNA problem is worse than previously expected, and the deadly virus is going to be released through Chem Trails. Already, My Struggle II is starting to skip steps. Where was Tad? Who are his sources? Chem Trails? How does he know about the DNA? These are all important and interesting stories that could have been told instead of the subpar entries in the revival, and it’s disappointing to see such a ready-fire-aim approach from the usually steady hand of Chris Carter.

The whirlwind from there is ridiculous with magical deus ex machina solutions coming left and right. Scully comes up with a vaccine for a super virus that’s been in development for 75 years in 12 seconds, Monica Reyes shows up in a cameo that weirdly assassinates her character’s beliefs and motives, and while the smoking man is played as the master bad guy in all of this, he fails to be nearly as menacing as he has been in the past. Perhaps if this story had been built up over the course of oh, say, 6 episodes it would carry some weight. Alas, My Struggle II is barfed onto the screen unceremoniously, and without the deft touch the series is famous for. 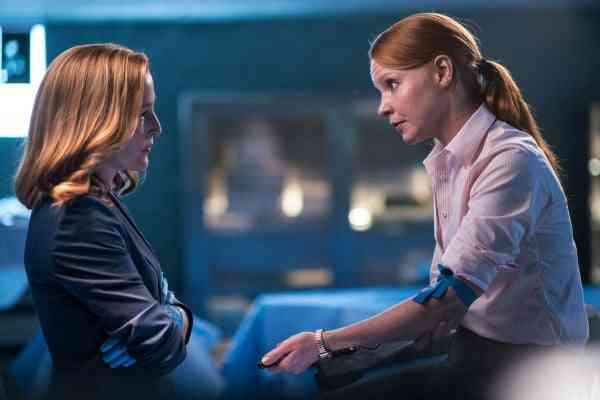 Agents Einstein and Miller are strangely present – Einstein is Scully’s foil while Miller is a chauffeur – and I’m wondering if the plan is to spin them off into a new series or as the new Doggett and Reyes.

About half way through, I became physically agitated. Scully’s main plot throughout the revival has been her and Mulder’s son, William. She’s scared for him, misses him, worries about him constantly, and yet that plot is completely unaddressed by My Struggle II. Why spend all that time building that plot for no resolution? Oh, of course, more deus ex machina. Scully’s cure won’t work on Mulder, but stem cells from a party with both Alien DNA and Mulder’s could save him. It’s a cheap way of tying things together to me. That weak link is a microcosm of My Struggle II as a whole – why try to tell such an elaborate story in 2 episodes? Cut the fat – Babylon, Home Again – and tease out the more interesting details of what everyone is tuning in to see. 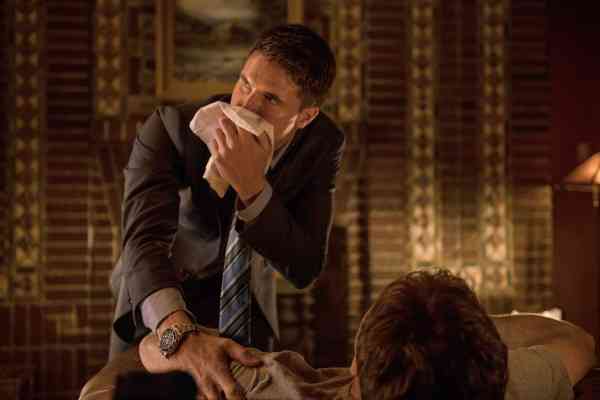 As a side note, I’d like to throw out major kudos on the CG work in My Struggle II. As you may know, the X-Files revival was shot in Vancouver. The ending scene (on the bridge) was shot right near where I live on an elevated viaduct – all the water and background in that scene is CG. Impressive, right?! I know!

Finally, the eff you moment. The hard cut to black. Cliffhangers are nothing new, but when they shot these episodes, there was NO guarantee they’d ever get a chance to shoot more. Even now, it’s far from certain. As a long time fan of the series, it seems strange to me that the creators would be happy to have the whole series (potentially) end with that beam of light. But they were. Will there be more X-Files in the future? I hope so, but I hope they take their time with the plot. We’ve been following Mulder and Scully for over 20 years – give them the respect they deserve and tell the story the right way.

That’s all for The X-Files… for now. Be sure to also check out our recent recaps of Arrow, Legends of Tomorrow, and The Flash!