Coming to Steam on March 24, The Descendants is a post-apocalyptic narrative adventure where players solve puzzles, explore the dangerous underground facility, and discover a far greater conspiracy buried within a subterranean Ark complex. Following in the footsteps of games like Telltale’s The Walking Dead or Dontnod’s Life is Strange, The Descendants is an episodic, story-based adventure game.

In the not-so-distant future, climate change has wrecked the planet, and a man-made extinction event has wiped humankind off the face of the Earth. Only a few thousand ‘descendants of humanity’ were hand-picked to survive the apocalypse, cryogenically suspended in underground bunkers known as Arks. Centuries passed. The world recovered, and all the Arks reopened, except one — Ark-01.

In The Descendant, from developer Gaming Corps, you play through two timelines – in the past you’ll play as Mia, a janitor tasked with keeping the chosen humans housed inside Ark-01 alive, while in the present you’ll play as Donnie, one of the investigators trying to rescue any survivors trapped within the facility.

The first of five episodes of The Descendant will be available on Steam starting March 24 for $3.99. 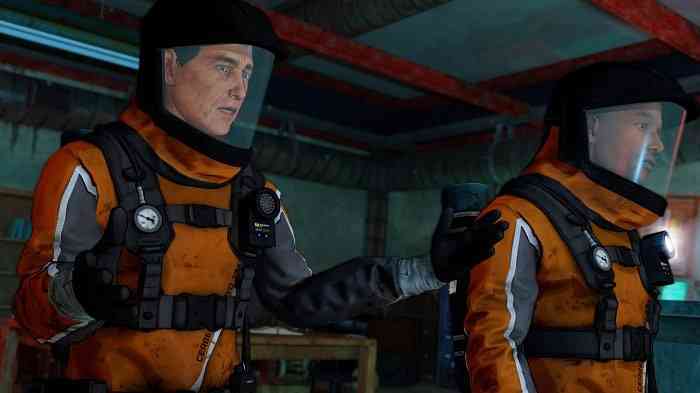 If you’re confident that you’re all in for The Descendant there’s an “Exclusive Season 1 Bundle” priced at $14.99 available now from the game’s official website until 48 hours before the first episode releases. This pre-launch bundle includes all five episodes of the game (with episodes 2 -5 to be released over the course of 2016), grants players 48-hours early access to each episode, and features a full game Soundtrack, a Digital Poster and a Digital Art Book.