When Slightly Mad Studios rolled out the original Project Cars in 2015 it was clear there was a new contender in the racing world. While it was certainly a good game, it was clear SMS aspired to greater things. A mere tinkering with Project Cars wasn’t going to do and Project Cars 2 was announced little more than a month and a half after the release of the original. That decision announced so soon after launch may have rubbed some, including myself, the wrong way. But now that Project Cars 2 is here we can finally see if that was the right move. Is it really that much better than the original?

Let’s just get that question out of the way now. Yes, it really is a lot better than the original in nearly every way. That starts with the content. The car roster has expanded to 182 vehicles at launch with 46 tracks and 121 different course layouts combined. For comparison, the original had 74 vehicles with 30 tracks and 110 courses. So right out the gate there already is a lot more to choose from.

“Project Cars 2 is better than the original in nearly every way.”

What difference does choice make though unless the cars drive better too? Don’t worry, that area is much improved as well. While the original wasn’t bad in this department, it always felt a bit below titles like rFactor2, Assetto Corsa and Automobilista. Project Cars 2, on the other hand, feels like it properly belongs right up there with them. Yes, there are a lot of cars to compare, but for instance driving an Indycar in rFactor 2 feels very comparable to the Indycar in Project Cars 2. Because of the high number of cars available, it’s hard to say if that holds true for every single one, but I didn’t notice any glaring deficiencies in the plethora of vehicles I tried.

So the cars handle better this time around, what about the tracks? There are some pretty big additions this go around, Long Beach, Indy, Dirtfish, Knockhill and Fuji Speedway are some of the major ones. As you may have noticed, Dirtfish means there is mud (along with ice, snow and regular old dirt). The tracks all have dynamic weather included along with seasonal changes. But if you want to have a certain type of weather at a track that would never actually see that, you can do that too if you want, it’s pretty fun to play around with. What does that mean for you? Well, take some ordinary rain, as the race continues water will pool up in certain sections of the track. Alternatively, if the sun has decided it wants to come out to play those areas will begin to dry up as well. The differences in track conditions aren’t just limited to the weather either. While it is not very noticeable during the very short races, over time in longer races, the track will change as more rubber gets laid down. Stepping out of line at Indy or Daytona gets to be a dicey proposition. The default setting for races are pretty short, but it doesn’t seem that rubber gets laid down on the track is proportional to the race length, ie. 1/5th race length doesn’t seem to equate to 5x the rubber being laid down on the track to compensate. So for those 5 lap races, the track may seem rather green from start to finish.

So we got the cars and tracks, now how about setting them up? This is one area that can be daunting to new drivers, at least in the past. The original Project Cars had a set-up screen that looked mostly like a wall of numbers with little explanation as to what did what. For the initiated, this area is presented in a way that is much easier on the eyes, far more organized than its predecessor. For the newcomer, however, there is now a race engineer that can help make adjustments to the car. Simply tell him what the issue is and he will make some needed adjustments in the proper places. The engineer, however, is fairly limited and will have you fiddling with the advanced set-up options eventually, which also now include much better explanations on what does what thankfully. Now with all that out of the way, what is there to do? The career mode, while looking very similar to that of the last title does now require unlocking of series, no just jumping straight to the end this time. I enjoyed it a good bit, there is plenty to do there, so not bare bones, but not as all-encompassing as something like F1 2017. The multiplayer as well looks similar, but again some improvements have been made. SMS seem to firmly have eSports aspirations, but only time will tell here. The tools are there for leagues, but again whether or not it materializes into something bigger will remain to be seen.

What’s left? How about those visuals. Project Cars 2 is darn near mesmerizing to look at, it’s so pretty. There is a multitude of options here, besides the standard resolution, there is also 4k, 12k for multiple monitors and VR. The 1080 was so good, that I honestly didn’t even think to check out the 4k. While I never got into a triple monitor set-up, I do have VR and my oh my am I glad I do. It’s hard to really compare to anything, but turning laps around the Indianapolis Motor Speedway in VR was nothing short of glorious. There were a few frame rate issues, nothing major, coming out of turn 4 and onto the final straight, but other than that no issues what so ever. The game does require a beefy PC to run it, and while close (i7 5820k w/ 980 TI) it is actually slightly below recommended specs, so that may have been an issue on my end.

“Project Cars 2 is darn near mesmerizing to look at, it’s so pretty.”

So, that’s a lot of good, what issues are there? The most notable issue is the AI. They are particularly bad at the first corner in a race. I don’t mind saying I restarted many a race due to some of their first corner shenanigans. After the first few corners, they are ok but do seem to occasionally enjoy ramming me, including in open-wheeled cars. Addition issues are more control related, the set-up recognized my device, but still required me to calibrate it, even though it already seemingly had everything mapped to start. The force feedback also will probably require ample tweaking. It’s good once it’s dialed in, but the defaults, at least on the Thrustmaster 300RS seemed rather poor.

Overall, there is a lot to really like about Project Cars 2. There’s a veritable smorgasbord of cars and tracks, enough so that there should be something for everyone. The visuals are again top notch. The handling is much improved since the first game. The issues that are there are ones that seem to be at least fixable. Racing sims really seem to mature over time and I’ll eagerly be watching where Project Cars 2 goes, but as of right now it’s starting off with an excellent base. 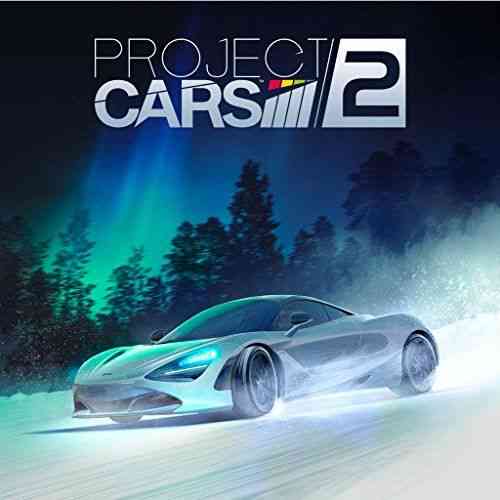 
Slightly Mad Studios Has Been Bought by Codemasters For 30M