On paper, Black & White Bushido sounds like a perfect way to spend a Saturday evening with friends. After all, 2D arena combat games like Towerfall Ascension have proved that a simple concept coupled with fast and fluid action can result in endless fun no matter the occasion. But unlike Towerfall, Black & White Bushido just doesn’t have the staying power. I love the monochrome aesthetic, and the core arena gameplay looks and feels mechanically sound, but it wasn’t long after my initial boot up did I realize it doesn’t have much meat on its bones.

Choosing a badass samurai and cutting down my opponents in mild bloody fashion sounds like a grand old time, and at the very least, this is where Black & White Bushido succeeds. What follows is a somewhat tense and clever battle of hide-and-seek. Arena maps aren’t very large but they are segmented by areas of light and dark. Players that have chosen the “dark side” can perfectly blend in with the shadowed areas of the map, essentially becoming invisible. The opposite is true as well with the light players being able to hide in the white areas. Sudden movements like running and attacking will render you visible thus giving away your location. Venturing into the opposite area of your color will leave you exposed as an obvious target. Confrontations are often quick and bloody, and with a limited array of moves at your disposal, it’s only a matter of time until someone falls to the blade.

“The lasting power of Black & White Bushido is probably what concerns me the most. Despite the entertaining core Deathmatch mode, the whole experience still feels pretty forgettable.“

There’s definitely some fun to be had sneaking and hiding around parts of the map, and the constant shifting in light patterns keeps the action interesting and fairly intense. Cowardly players can’t simply expect to hide forever due to the color changes, so getting good at attacking and evading is a must. Controls are simple and responsive so anyone can pick up and play. Making good use of double jumps and wall jumps kept my opponents on their toes and utilizing quick sword slashes and the pivotal dash move had me racking up the kills in no time. By holding in RT, you can walk quietly which benefits you when you’re staying incognito. Of course, blending in means you won’t see your character onscreen either so it becomes a game of gauging distances between your opponents as well as platforms and items before the colors change once more. Black & White Bushido fits well enough in the pantheon of 2D arena brawlers by having the same mindset of encouraging players to take every opportunity they can get while also learning to play strategically with the tools that are given. 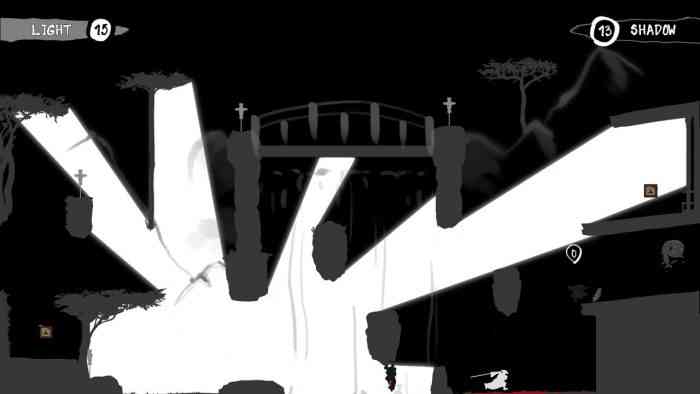 There are three items that randomly appear on the map to shake up the pace. Shurikens are perfect for long range kills or whittling down your foes’ health and are generally quite effective for a game that is primarily melee-focused. Caltrops are useful to drop when being chased and can slow down your pursuer or cause them to bleed (which continues even if they try to hide), immediately shifting the tides in your favor. And then there’s the smoke bomb, which has been enhanced with a teleporting ability that can be used when you’re in a tight squeeze and need to make a quick getaway. While these items proved to be lifesavers at times, I found them mostly useful when playing with four players when the action gets very chaotic or in Capture the Flag — more on that below.

Multiplayer is the sublime way to play Black & White Bushido, as it is with any recent 2D arena brawler. There are single-player options with AI bots filling in but in no way is this the preferred method of play. Outside of the standard Team Deathmatch mode, there is also Capture the Flag but with a twist. The objective is to fill the entire screen with your color, which is done by activating the randomly-spawned flags all over the map. The more you activate, the more your color dominates, providing more stealth advantages. Capture the Flag requires significantly more strategy than Deathmatch, and the special power-ups serve a bigger purpose toward winning. Whereas Deathmatch is a much faster and frantic mode hinging on which team earns the most kills, Capture the Flag can last for a very long time with both sides vying for color dominance. While my friends and I appreciated Capture the Flag for a few rounds, we found that Team Deathmatch provided us with the necessary thrills and overall fun we were looking for. 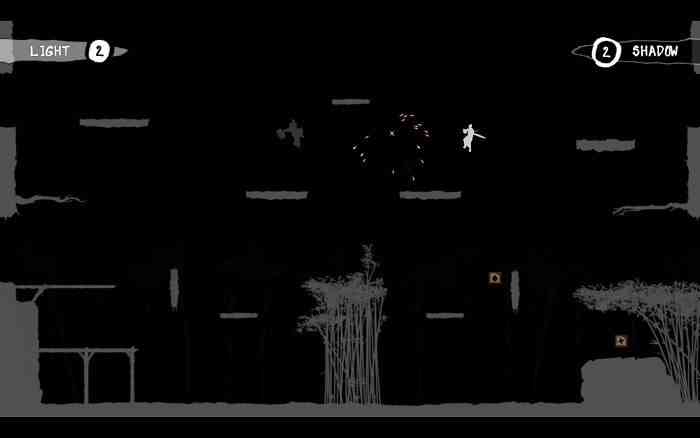 Beyond that, Black & White Bushido doesn’t really have much else going for it. There is a single player challenge mode that tests your skills by meeting certain objectives, but it’s actually a rather shallow experience that feels very shoehorned in. The lasting power of Black & White Bushido is probably what concerns me the most. Despite the entertaining core Deathmatch mode, the whole experience still feels pretty forgettable. The light and dark mechanic confidently shakes things up, but its novelty eventually wears off.

With a striking visual art style and an initially promising light and dark mechanic, Black & White Bushido could have been everyone’s new go-to party game. However, not enough modes of play, repetitive map design, and an overall lack of personality put a damper on what is otherwise a decent arena combat game. The gameplay is polished and fluid and the controls are easy to grasp, everything that makes a game like this worthy of play. Black & White Bushido is indeed fun for a few rounds but the experience never feels compelling enough to keep playing. Better keep this one sheathed for now. 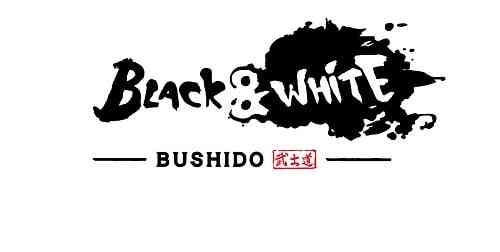