For the team at Arkane Studios, Emily Kaldwin was more than just a new playable character in Dishonored 2. “It became a bit of an obsession for us to see Emily and treat her the right way,” says Creative Director Harvey Smith. “How would she grow up? What would she look like? How would she carry herself?”

Fifteen years later, the child at the center of the first game’s story has grown into a 25-year-old powerhouse who can easily hold her own. Not only is she the rightful Empress, steadfastly ruling over the Empire of the Isles, but she’s been trained to fight from childhood by her father, Royal Protector Corvo Attano.

“From a character design standpoint we say that Emily’s pillars are: Empress, Dunwall, Assassin,” Smith notes. This stands in contrast to Corvo (also playable in Dishonored 2), who comes from more humble beginnings and originally hails from Karnaca – the setting of the new game. When Emily’s throne is taken from her, she must leave Dunwall for the first time in her life. “The contrast for her is huge,” Smith says. “She was an Empress one day, the next day she’s on the run.” 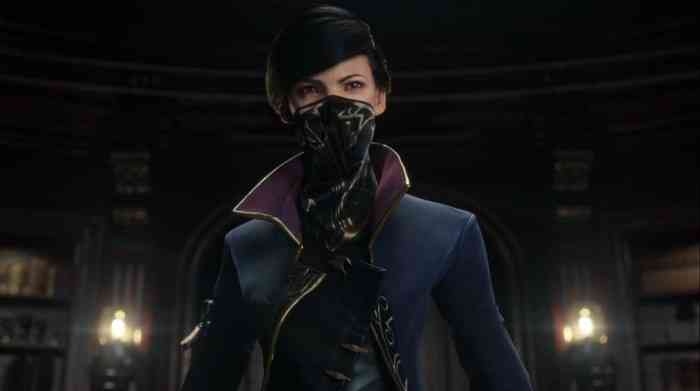 But Emily isn’t just her own character with her own story. She also has unique powers to tackle the threats ahead. “When we decided that Emily got to have her own powers, they needed to be interesting enough to be as cool as Corvo’s,” says Lead Designer Dinga Bakaba. Find out more about Emily, her motivations, and her unique powers in the latest video, above.

Dishonored 2 launches worldwide on November 11 on PlayStation 4, Xbox One and PC. Pre-order now to receive exclusive early access and play the game a day before its official release.