Today, COGconnected was lucky enough to attend the Call of Duty: Black Ops 4 community reveal event. At the event, we’ve learned a few interesting details about changes coming to the combat gameplay, the new Battle Royale-like mode and the robust zombies mode. One of the announcements we are particularly jazzed about is that classes will be returning. Each will factor heavily in the developer Treyarch’s new style of play, which they call the “most replayable” multiplayer experience of any Call of Duty game.

At the event, our man Garrett was able to play a few multiplayer games and needless to say he kicked ass. Check out his TDM match above.

Call of Duty: Black Ops 4 features gritty, grounded, combat, along with new levels of customization and tactical gameplay, and a variety of new weaponry, maps and modes for the ultimate Black Ops multiplayer experience. 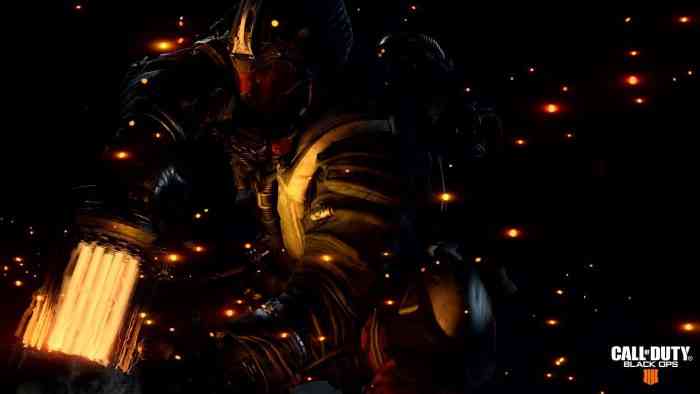 The game features the return of the iconic Pick 10 system, along with a series of innovations in weapon controls, combat flow, health regeneration, and player movement. Black Ops 4 goes deeper than ever before into the fiction of multiplayer, where players will explore the world of Specialists – who they are, why they exist, and what battles they fight together – while mastering their gameplay through solo and multiplayer combat experiences. Black Ops 4 features a combination of new and returning Specialists, each with their own unique weapons, equipment and playstyles. Players will be powerful alone, but devastating as a team working together.

Check out Garrett’s round of Domination on a map called Contraband:

In addition to unveiling Multiplayer and Zombies in today’s world premiere, the team also introduced Blackout – the new battle royale-style experience that combines Black Ops’ signature fast, fluid, guns-up combat, with fierce new levels of survival competition across iconic Black Ops settings re-imagined at a colossal scale. Blackout is an experience unlike any other game or mode in Call of Duty history, where players will have to scavenge, strategize, compete and survive to win. Featuring the largest map ever built in Call of Duty – 1,500 times bigger than Nuketown – Blackout thrusts players into a collision course as they play as classic characters spanning the history of the Black Ops series including the original Call of Duty Zombies Origins cast. Battling solo or in teams, players will engage in diverse combat complete with ground, air and sea vehicles across a gamespace unlike anything ever in Call of Duty. Players will encounter fan-favorite Black Ops map locations and call upon a massive arsenal of Black Ops weaponry and equipment as the winner-takes-all action creates a new way to play Call of Duty.

Call of Duty: Black Ops 4 is scheduled for release on PlayStation 4, Xbox One and PC on October 12th.

Call of Duty Is the Best Selling Franchise of the 2010’s
Next State of Decay 2 Video Review – Yet Another Missed Opportunity for Xbox
Previous Donkey Kong Country: Tropical Freeze Video Review – A Homerun Smash for Switch