When Call of Duty: Black Ops 4 released, there was no campaign and Treyarch was on the record stating that they never planned a campaign for the title but a recent leak suggests otherwise. While the leak doesn’t include cinematics or a big campaign, it does include a mission that would have taken place in the game if a campaign was made. The mission tasks gamers while trying to locate a CEO as a crowd of civilians avoids the crossfire, similar to the Piccadilly mission from Modern Warfare. Call of Duty: Black Ops 4 is available now for Xbox One, PS4 and PC but you won’t be able to find any campaign in-game. 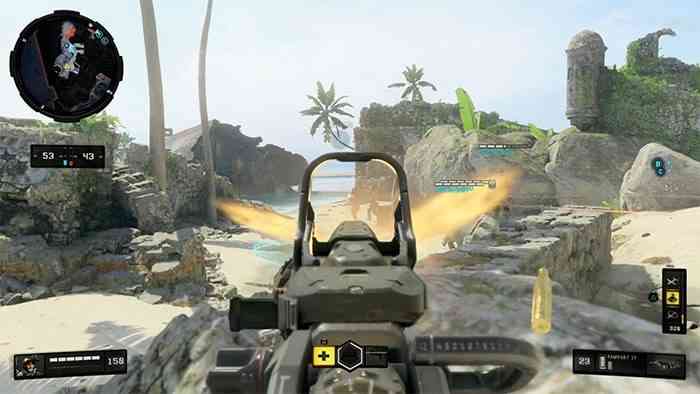 Although Call of Duty: Black Ops 4 included solo missions which was designed to help gamers get a feel for each of the in-game specialists but they didn’t really come together to create a cohesive plot. The leaked campaign mission is missing detailed models and although the map is fleshed out, lots of the ground clutter was untextured. Treyarch is planning to do a campaign with Call of Duty 2020 due to the backlash with Black Ops 4, but no footage has been showed off for that.

The last update for Call of Duty: Black Ops 4 went live in 2019 but no campaign was ever added to the online multiplayer title. Being able to see a mission thanks to this leak shows the potential and what could have been for Black Ops fans to let their imaginations run wild off of. Call of Duty 2020 is expected to be a new installment in the Black Ops series, developed by Treyarch themselves but nothing has been shown off yet and very little has come out in leaks.

Do you wish that Call of Duty: Black Ops 4 had a campaign? Let us know in the comments below!

Los Angeles Guerrillas Announce Roster Change Ahead of Major IV
Next
Xbox Series X To Be Most Compatible Console Ever; Will Launch with Thousands of Games
Previous
BlizzCon 2020 Officially Cancelled