Watch Dogs 2 is arguably one of the most anticipated games of 2016. The reveal of the original Watch Dogs promised a fully hackable open world where players could bend the city of Chicago to their will. While it didn’t quite deliver on its promise, there was enough interest in the concept for Ubisoft to go back to the drawing board and redesign the experience with a whole new protagonist in mind. This was probably the smartest decision Ubisoft could have made, as the new setting and story are far more engaging than its predecessor.

Watch Dogs 2 revolves around Marcus Holloway and the growing hacker group Dedsec, intent on taking down the cities overarching surveillance system ctOS. As they grow, Dedsec faces off against the conniving ctOS CTO and a deep web of conspiracy that involves tech giants reminiscent of Google, Facebook, Tesla, Twitter and more, along with shady government and police representatives. It’s a compelling story that is set against one of the most technologically advanced cities in the country.

“This was probably the smartest decision Ubisoft could have made, as the new setting and story are far more engaging than its predecessor.”

Ubisoft has taken a much lighter approach with Watch Dogs this time around, ditching the serious Aiden Pierce for the much more jubilant, and frankly likeable, Marcus. Even during the most serious endeavours Marcus seems to be enjoying himself, cracking jokes and referencing pop culture with the rest of his Dedsec team. This light hearted approach works exceptionally well for Watch Dogs, making missions enjoyable, laughable and entertaining while still maintaining the tension around avoiding surveillance.

Even the new setting of San Francisco provides levity, allowing Ubisoft to capitalize on the city’s vibrant neighbourhoods and residents. The city feels much more alive, with NPC conversations ranging from the mundane to the totally obscure and it is actually a pleasure discovering locations around San Francisco that have been faithfully recreated (with the exception of Pier 39 which has far, far too little tourists mulling around). For a game that runs anywhere from 60 to 70 hours of gameplay, it’s important that the sandbox doesn’t feel stale; thankfully San Francisco is a setting that provides more than enough content to never feel repetitive. 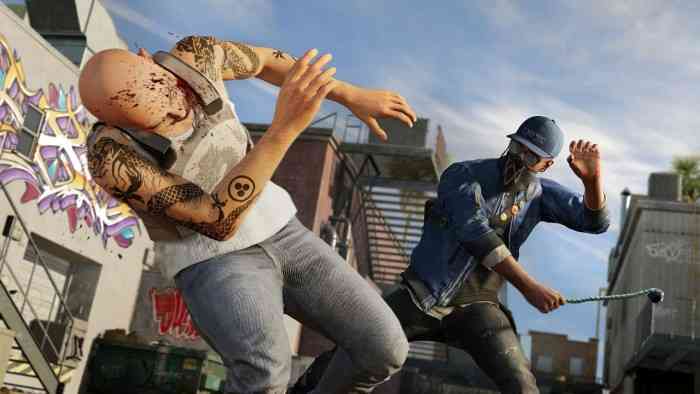 As with most open world games, there are plenty of side missions to keep Marcus busy when he’s not destroying the establishment. Side missions range from graffiti tags across San Francisco, races, Uber style driving missions, ATM hacking, buying new cars and clothes, searching for collectables, taking selfies and more. While not the most original side content, they can provide a welcome distraction from the main story line. Collectables also play a key part in skills development, as many advanced techniques can’t be unlocked until the appropriate collectable has been obtained.

Skills play an important role from keeping the gameplay monotonous. As Dedsec grows they improve a twitter like follower count that acts as Marcus’ XP. More followers unlock more experience points that can be attributed to a variety of skills. These range anywhere from improved weapon control, to increased environment hacking, to added abilities for Marcus’ drone and RC car which are invaluable tools for recon and silent infiltration. It does feel strange for such a joyful character as Marcus to be gunning down security guards and police, so thankfully there are enough options that allow for tackling missions multiple ways, including non-lethal.

“While Watch Dogs 2 doesn’t reinvent the wheel when it comes to open world gameplay, it does provide enough creative ideas to keep even the most seasoned gamer amused.”

The gameplay experience while mostly consistent does have issues from time to time. Lag is the most apparent issue with some game play stuttering when things got too chaotic. There is also the occasional clipping through walls and vehicles popping up out of nowhere. One really strange glitch that I encountered several times involved a mass of damaged vehicles appearing out of thin air and exploding en masse. While it was hilarious the first few times, it was also really odd to find a road blocked by a giant car bomb. What wasn’t hilarious were the glitches that would make missions impossible to complete and forced a reset back to the title screen. Thankfully this only happened twice and Ubisoft is likely working on patches. 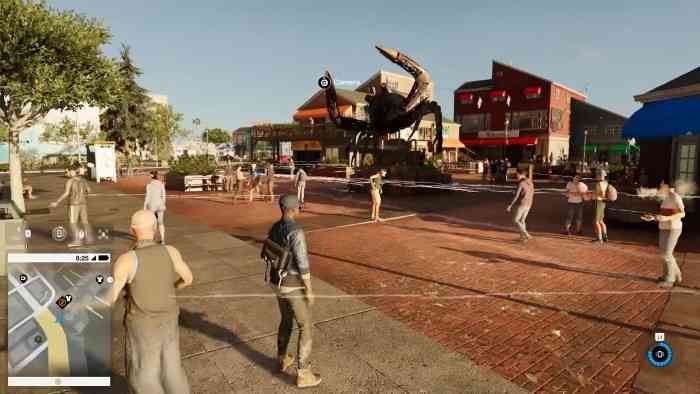 Overall Watch Dogs 2 is an improvement over the original. A fresh new protagonist and setting drastically overhaul the sombre nature of the original and create an enjoyable sandbox in the process. While Watch Dogs 2 doesn’t reinvent the wheel when it comes to open world gameplay, it does provide enough creative ideas to keep even the most seasoned gamer amused. Should Ubisoft look to continue the series, they have a strong protagonist with Marcus this time around and shouldn’t feel the need to start from scratch once again. 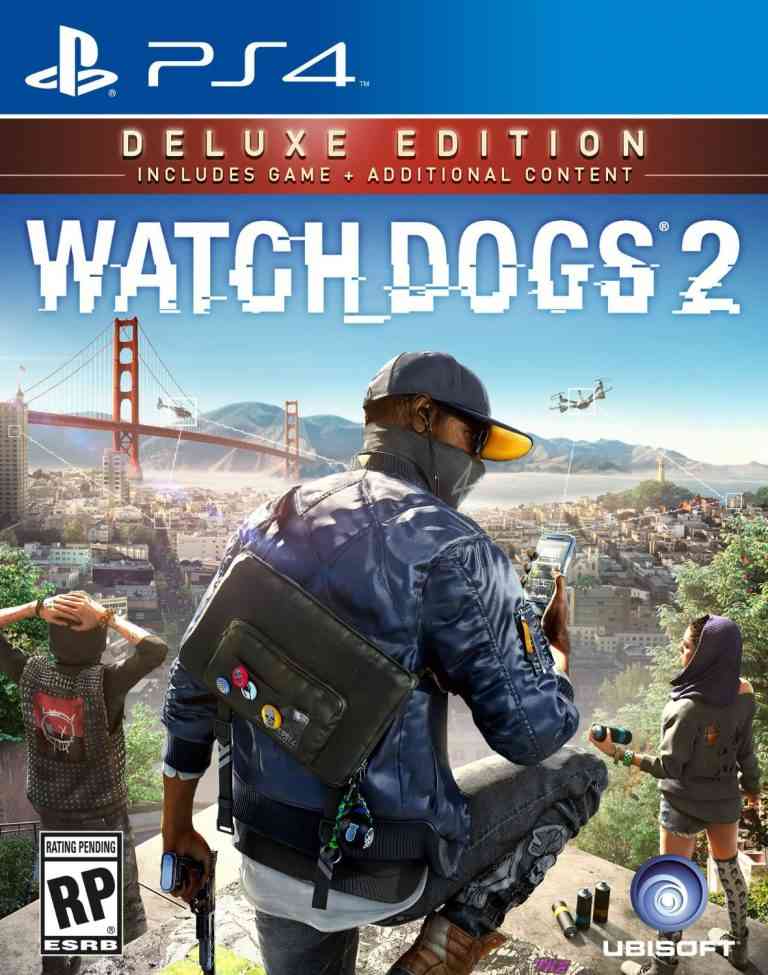