The sky is the limit when it comes to VR (no pun intended). One of my most anticipated VR titles is Ace Combat 7, which will finally give players an experience of what it feels to fly. While you’re waiting for Ace Combat 7, Eagle Flight is another title that may tide you over. While Eagle Flight has some really good elements, it also has several problems including a steep price tag, repetitive gameplay, no checkpoints, and a slim online mode.

Eagle Flight is an interesting concept. You play an eagle flying around a post-apocalyptic Paris where humans no longer inhabit the City. Animals roam the streets and fly around buildings as nature has taken the City back. Familiar landmarks including the Eiffel Tower, Notre Dame and The Louvre are all represented in Eagle Flight’s virtual world.

“While Eagle Flight has some really good elements, it also has several problems including a steep price tag, repetitive gameplay, no checkpoints, and a slim online mode.”

Eagle Flight opens with you hatching from your egg and learning to fly around the City of Paris. Eagle Flight is played using a combination of head movements and the PlayStation 4 controller. Changing direction of flight is handled through tilting your head, while accelerating and decelerating are handled  using the L2 and R2 buttons.  When playing Eagle Flight you almost look like Stevie Wonder playing a PlayStation 4.

As you progress through the story you earn new abilities like being able to shoot down enemies and protect yourself from attacks. The control scheme works really well and is easy to pick up and play. The game does a really good job of making you feel immersed into the world. I almost got into the habit of turning my head instead of tilting it while taking turns. The game even does a good job of reminding you to tilt your head rather than turning it. The only complaint I have with the control scheme is that you can’t look to your left or right without changing your flight path for most of the game. This ability doesn’t get unlocked until you beat the game’s story. 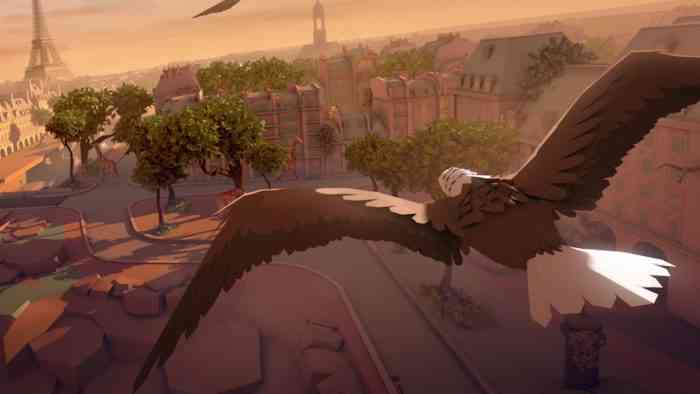 Eagle Flight features a story mode and some side challenges as well.  The world feels fairly open as you can choose to just fly around the City if you wish or play side challenges to break up the game’s story. There are a total of 23 story missions along with a handful of side missions. The campaign plus side missions can take around 6 hours to complete.

There are several types of levels that are repeated throughout the story and side missions with increasing difficulty. These levels include variations of flying through rings, catching fish, collecting feathers, fighting other birds in aerial dogfights, and underground time trial races. The biggest issue with Eagle Flight is that the game ranks you using a star system.  Every level you play is basically a time trial. You’re ranked on a scale of 1-3 stars depending on how quickly you complete a level.

The star requirement for some of the side missions is quite high, which means you’ll be replaying a lot of missions over and over again to obtain 3 stars. You’re already going to be spending a lot of time replaying levels since you’ll also die a lot. In a lot of respects, Eagle Flight is a game that is all about trial and error. This can cause the levels to grow stale quickly. This becomes even more apparent during the later part of the game when the levels get increasingly more difficult and you’re barely squeezing out a one star performance. What’s also disappointing is that none of the game’s levels feature checkpoints. 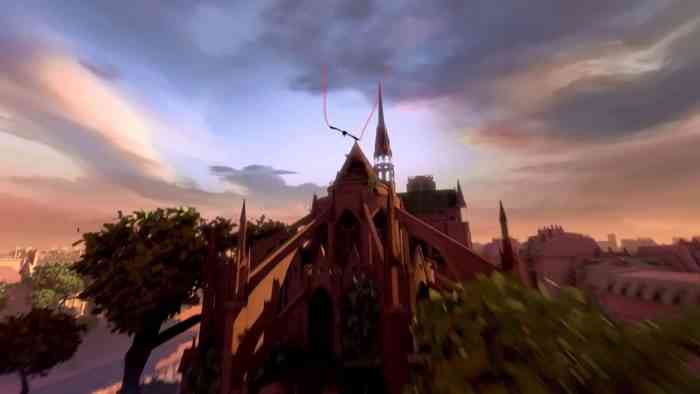 Eagle Flight is the first VR game I’ve played that features online play. Eagle Flight’s online play is fairly simple. No stats, no levelling up and only one game mode and map. Online play lets you play 3 vs. 3 in a capture the flag style mode. The online play runs smoothly and is really enjoyable. The online play would have benefited from some more features including a progression system, more modes and maps.

I first had a lot of fun with Eagle Flight at first, but as I spent more time with the game, the repetitive level design and flawed star system made the game grow stale and frustrating. The game also currently retails for $59.99 CDN, which is pretty steep considering the issues I have outlined.

***A PSVR review code was provided by the publisher*** 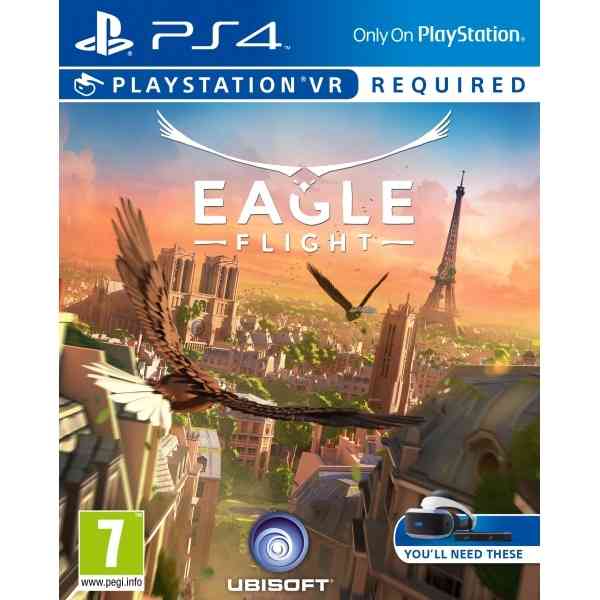