Voice of Cards: The Beasts of Burden Review

The gameplay core of Voice of Cards: The Beasts of Burden is very traditional JRPG. This is not a card game. The card theme is mostly aesthetic, aside from some mini-game elements. Characters and monsters are cards, but that doesn’t affect gameplay. There is a game master/ narrator that adds a fun aspect to the storytelling. But, again, it’s all presentation aesthetic. The world is made of flipped-over cards. As the player explores the world, the cards are flipped-up, which adds a fun element to map exploration. And there are some dungeon puzzles that utilize the unexposed map in very clever ways.

Combat is turn-based. There’s not even a Super Nintendo-era ATB meter to be found. It is as traditional as it gets. That’s not a critique though. I actually found it refreshing to play a JRPG throwback without action elements, or modern quality of life aspects. Voice of Cards: The Beasts of Burden is the first game in the series to feature monster capturing. After battles, players select a random item, and when defeating monsters, those items can be those monsters. Monsters aren’t party members, but new actions that players can equip in battle. This was a very welcome addition to the Voice of Cards series gameplay, and made collecting all the monsters fun, without being cumbersome. 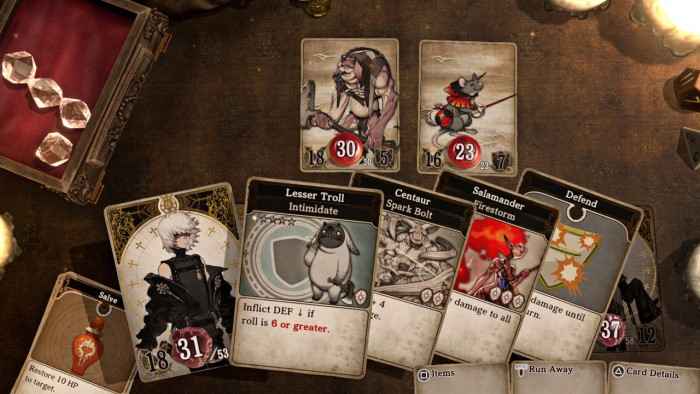 The story is about a girl named Al’e, whose underground village is destroyed. A mysterious boy saves her life and takes her to his city, where the city elders tell her that her underground people have a power to subjugate monsters. Her new life starts with her using this power to do work for her adopted city. The story is much more episodic than the other two Voice of Cards games. It’s more streamlined than The Isle Dragon Roars, and darker than The Forsaken Maiden. Presented through card flavor text, the narrative is very well-written. The prose is beautiful and has a harsh tone to set it apart from fluffy JRPG writing.

Creative Director, Yoko Taro, is the other important, unique part of Voice of Cards: The Beasts of Burden. The story seems like fairly standard JRPG fantasy material at first, but there are layers of darkness, weirdness, and drama that elevate it. One of the major drives for me to complete the game was to experience the story. Voice of Cards: The Beasts of Burden does a really good job of presenting something interesting story-wise, just when things seem like they’re going somewhere obvious. 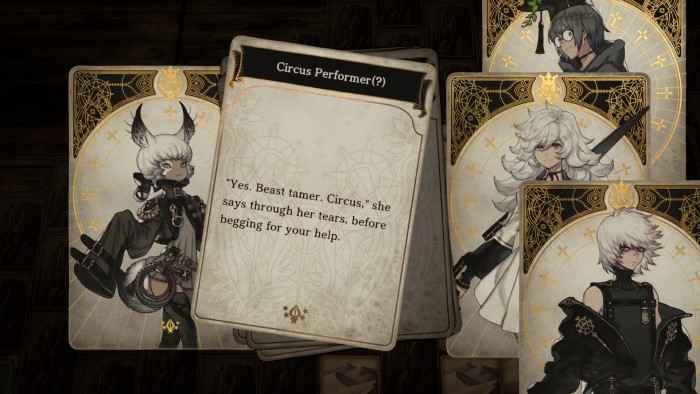 The Only Critiques Are Nitpicks

All of my critiques of Voice of Cards: The Beasts of Burden are extremely nitpicky. My main one is that everything is just a little too slow. The narrator sounds like she’s reading a script and is intentionally reading slower than any real human being would talk. The in-game animations all take about half a second longer than I would like, which adds-up when playing a menu-heavy JRPG. There is an option to increase the animation speed, but this almost completely removes the animations. A fast-forward feature that put more control over the animation would have been very welcome. Finally, I have to mention that the monster encounters are all random. This doesn’t bother me at all, but I know there are JRPG players out there who hate random encounters. 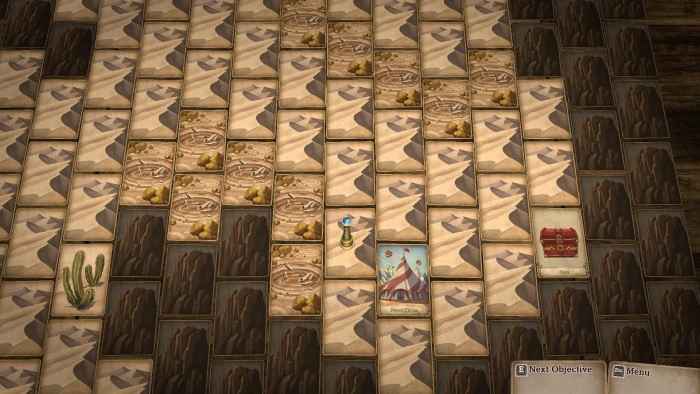 If you are a fan of JRPGs, then playing Voice of Cards: The Beasts of Burden is a no-brainer. The new monster-catching mechanic is very addictive. And the Yoko Taro story twists alone are worth the price of admission. Fans of the Voice of Cards series will find The Beasts of Burden to be darker, more episodic, and more streamlined. None of those are bad things, they just differentiate The Beasts of Burden from the other games in the series, and keep things fresh enough, without changing the core game mechanics too much. I loved this game, and if you’re a fan of old-school JRPGs, you probably will too. 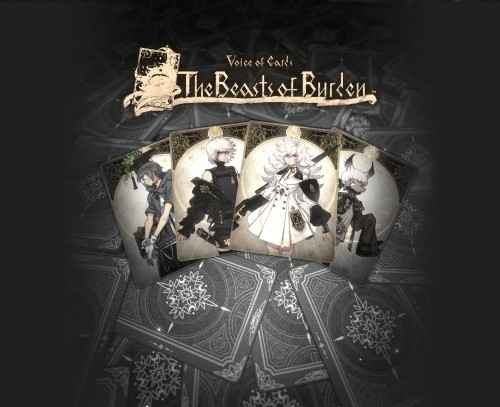